The Penn Libraries’ Kislak Center is hosting a year-long series of events celebrating the 200th birthday of Walt Whitman collectively titled “Whitman at 200: Art and Democracy.” The series organizers consider Whitman’s 200th birthday an opportunity for Americans to reflect on the relation of Whitman’s work to the politics of his day — and of ours. “Whitman lived through and reflected on a period of uncertainty and change in American politics, culture, and society that in many ways mirrors our own,” the official Whitman at 200 website states.

One of the series’ recent events, however, was decidedly apolitical. On Saturday, April 13, Philadelphia Brewing Company hosted “Shades of Whitman,” a look-alike contest emceed by Philly’s Flirt Vonnegut. Four wannabe Whitmans competed for tickets to see Patti and Jesse Paris Smith’s tribute to Whitman at the Philadelphia Museum of Art on May 30th, as well as the opportunity to speak at the Whitman at 200 birthday celebration on May 31st at City Hall.

The contest was judged by Whitman at 200 Projector Director (and senior curator of special collections in the Penn Libraries’ Kislak Center) Lynne Farrington; Tyler Hoffman, Professor of English at Rutgers University-Camden; and Whitman impersonator David S. Taylor, an actor who also regularly performs at Independence Hall as Benjamin Franklin. Entrants were scored across four categories: costume, recitation of Whitman’s verse, rationale for deserving to win, and knowledge of Whitmanian trivia — though the trivia questions stumped contestants and audience alike: “What year did the Englishwoman Anne Gilchrist arrive in Philadelphia with three of her children with the intention of marrying Walt Whitman?” (The answer: 1876.) 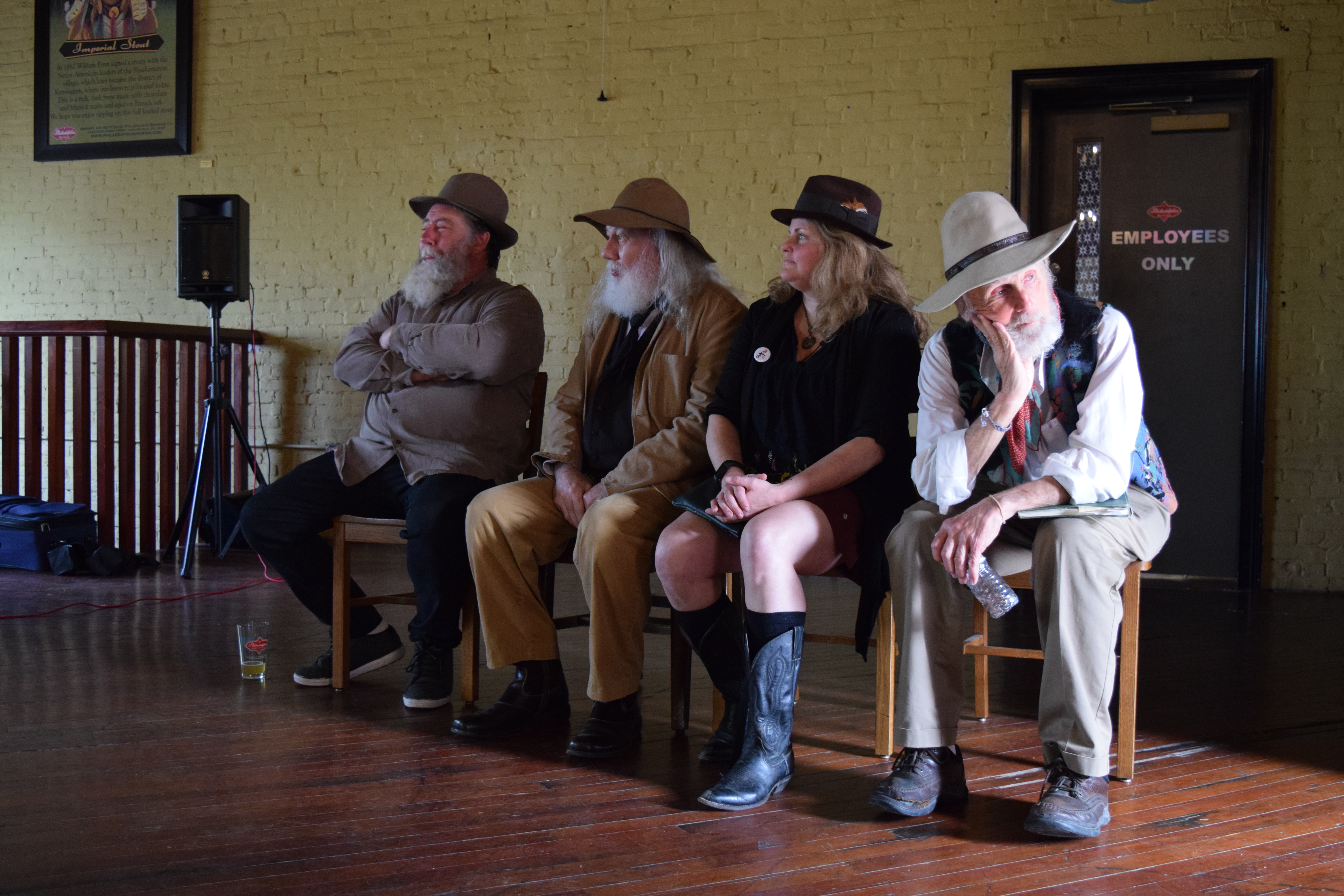 The contestants included two erstwhile Santa Clauses and, notably, one Mrs. Claus. Indeed, in the spirit of Whitman’s inclusive humanism, the contest organizers encouraged nontraditional “Whitmans” to compete. “I contain multitudes,” Whitman famously wrote, and, elsewhere, “In all people I see myself, none more and not one a barley-corn less.” As Whitman at 200 Project Manager Devinne Melecki notes, “The byline for the event was, ‘The only lookalike contest where your looks don’t matter.’ We wanted to create an event that was more an embodiment of Whitman’s philosophy than his actual physical being. ”

The contest’s winner was Camden-based poet Rocky Wilson. Rocky carried with him a timeworn copy of Leaves of Grass and remained in character for the length of the afternoon, scribbling intermittently in a notebook and gazing out the window as if in contemplation of his next line of verse. Rocky explained to the judges that he first dressed up as Walt Whitman while working as a substitute teacher. His goal was to bring Whitman’s poetry to life for his elementary school students (and to help them distinguish Whitman from a more-familiar Walt, Walt Disney).

Rocky’s objective mirrors that of Whitman at 200: to foster present-day interest in one of America’s most enduring poets. Though Whitman has remained relevant in literary and academic circles, the majority of Americans only read him in secondary school and later recall him, vaguely, as a person of distinction. “The challenge of this project is, how do you take a character who’s so multifaceted and multidimensional and tease out those layers in a way that will appeal to different demographics?” says Melecki. “Our goal is to reintegrate Whitman into the collective conscious.”

Whitman at 200 events will extend into the summer months at locations all over the city. You can explore the full calendar here. 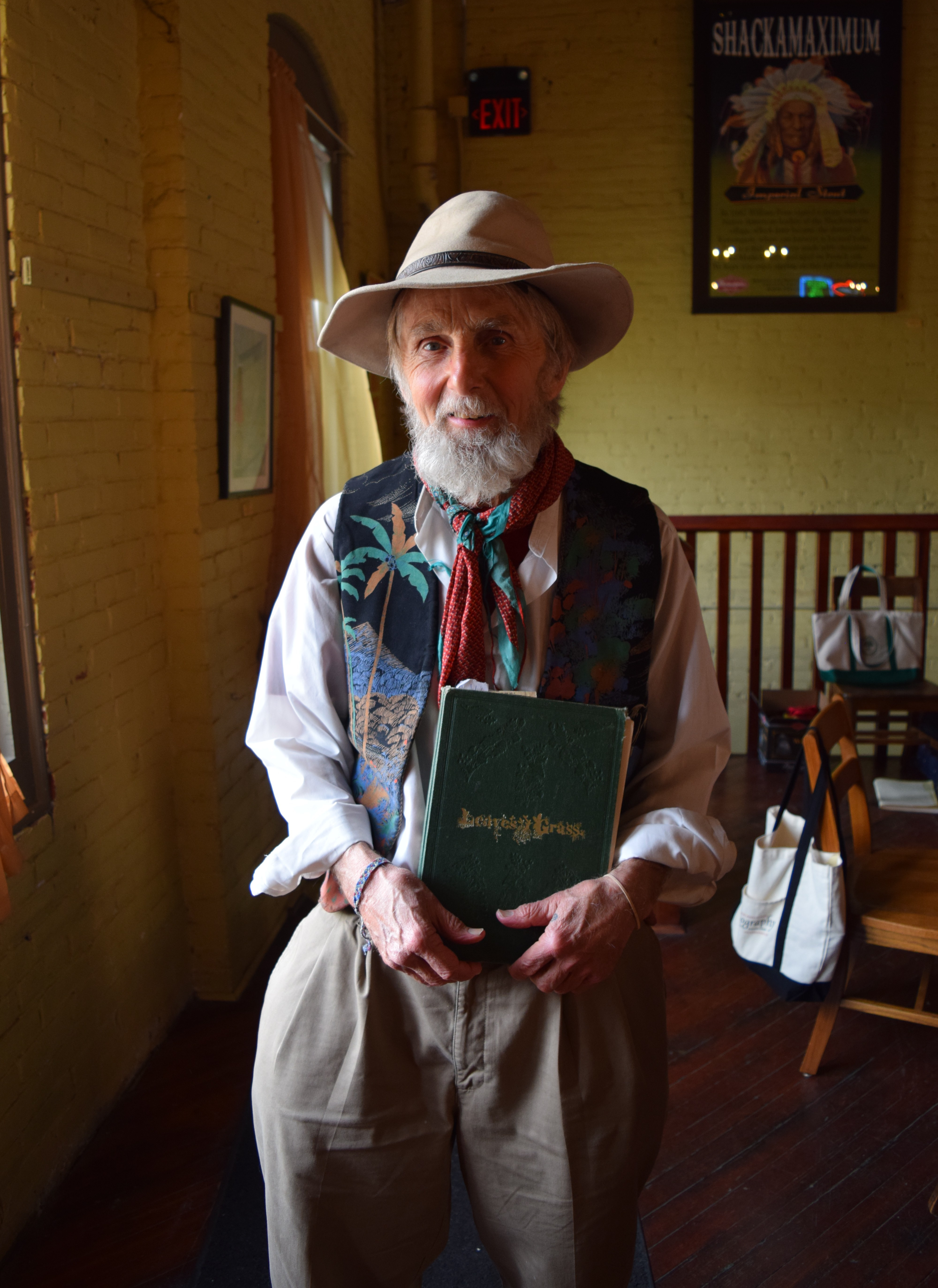