The University of Pennsylvania Libraries has received a series of gifts from Arnold and Deanne Kaplan, including the world’s first endowed position in Judaica digital humanities, totaling $12 million. The Kaplans’ contributions also comprise an in-kind gift of collections of Americana and Early American Judaica, research fellowships, and an endowment for continuing acquisitions.

The most recent gifts coincide with the release of a new website, The Arnold and Deanne Kaplan Collection of Early American Judaica, offering free access to nearly 7,000 digital copies of items from the collection for viewing and downloading. Digital copies of recent acquisitions will be made available in the coming year, and all future items will be made available as well.

“The Kaplans’ forward-thinking gifts continue an extraordinary tradition of philanthropy. Their generosity will ensure long-lasting access to a world-class collection,” says Constantia Constantinou, H. Carton Rogers III Vice Provost and Director of the Penn Libraries. “We are proud to be home to a collection that speaks to the history and values of freedom and opportunity and the great tradition of pluralism in Philadelphia and at the University of Pennsylvania.”

The foundation for a partnership between the Kaplans and the Penn Libraries was established more than ten years ago between Arnold Kaplan and Arthur Kiron, Schottenstein-Jesselson Curator of Judaica Collections at the Penn Libraries. Their initial collaboration, the Jesselson-Kaplan American Genizah Project, centered around the letters of the mid-nineteenth-century rabbi Isaac Leeser. The resulting website served as an early model for using digital technologies to integrate dispersed but related documents and make them accessible to scholars around the world.

“Arthur opened a window for us to see the extraordinary capabilities that Penn had in its Rare Book & Manuscript Library, with its expert curatorial staff and media resources, as well as the Herbert D. Katz Center for Advanced Judaic Studies, with its excellence in Judaic scholarship,” says Kaplan. “When we began to give serious thought as to where to place the collection, we sought out an institution with world-class archival qualifications that would make the material readily available for scholarship. The Penn Libraries was the obvious choice.”

When the Arnold and Deanne Kaplan Collection of Early American Judaica was donated to the Penn Libraries in November 2012, it was considered the most important private collection of its kind. Since that time, the Kaplans have added numerous important additions. Now largely available online, the collection documents an astonishingly broad range of commercial, social, religious, political, and cultural ties that connected Jews and the general public from the early colonial era through the onset of mass migration at the end of the nineteenth century.

“Thanks to the Kaplan Collection, we now have the ability to study and analyze in precise detail a wide spectrum of Jewish business experiences, while also considering the fabric of their daily lives,” says Arthur Kiron. “The Kaplan Collection opens new vistas that show how Jews, male and female, individually and collectively, helped to shape their towns, cities, and frontier communities.”

The collection reveals four centuries of history, not only from the perspective of American Jewish citizens, but also in the context of the larger communities in which they lived and traveled across the Atlantic. A bound file of documents, dating back to 1597, follows the arrest and trial of Goncalo Perez Ferro by the Mexican Inquisition for a “relapse” into Judaism. One of the publications of David Nassy, a Suriname-born Jewish physician who was in Philadelphia during the yellow fever epidemic of 1793, details his successful treatment of the disease, which defied the bloodletting methods of Benjamin Rush. A handwritten receipt by Solomon Levy, confirming payment from Martha Washington for a shipment of cotton, is the only known document demonstrating trade between a Jewish merchant and the first family. A set of five rare trade cards advertise the Levi Strauss clothing business, which supplied pants worn by the “forty-niners” during the California Gold Rush. A small handful of artifacts—a Civil War–era pistol, an oil painting of a naval ship, and a shaving mug—were owned and held by Jefferson Levy at Monticello, which he restored following the Civil War at great personal expense.

The Kaplan collection also reflects Philadelphia’s key role as a city of Jewish “firsts.” Its contents include the largest private collection of materials related to Isaac Leeser, who lived in Philadelphia for most of his life and is widely regarded as the most important antebellum American Jewish leader. There are documents from the nation’s first Hebrew Sunday School, broadsides promoting the first Hebrew Education Society, and correspondence related to the first American Jewish monthly newspaper, all pioneered by Leeser and launched in Philadelphia before the 20th century.

Highlights from the collection were mounted in the exhibit Constellations of Atlantic Jewish History, 1555–1890, at the Penn Libraries in 2014.

This collection represents four decades of research. When the Kaplans began collecting in the early 1970s, it was a solitary and challenging journey. Books on the topic were few and far between, and living outside of a major metropolitan area presented a barrier to accessing research material.

Ultimately their collecting efforts broke new ground in early American Jewish history. “By collecting and studying these under-appreciated individual nuts and bolts of daily life, they have revealed invisible relationships and meaningful patterns that enrich our understanding of American history,” Kiron notes.

The advent of the internet transformed the Kaplans’ collecting efforts—Arnold described it as a “a game-changer for the amateur researcher”—as journals and other materials became available online and collectors could more readily connect with dealers. Reflecting on the challenges of pre-internet research, and inspired by the promises of open access in a networked era, the Kaplans saw the critical importance of funding staff to process and digitize the collection at a granular level: as the collection is reviewed and stored, each individual item is described and photographed for future ease of access, not just in person, but online as well.

“This unparalleled array of primary sources about the early American Jewish experience is a treasure for Penn and will be a destination for researchers for years to come,” says Beth S. Wenger, Moritz and Josephine Berg Professor of History and Associate Dean of Graduate Studies, School of Arts and Sciences, University of Pennsylvania.

In coming years, items will be continually added to Colenda, the Penn Libraries’ repository for long-term digital preservation, built on a foundation of tools that prioritize the health and integrity of stored digital assets. New items will also be selected for acquisition, and funding will allow scholars to use the collection to further their research efforts.

“The ever-expanding Kaplan Collection serves as an ongoing reminder of both broader context and specificity,” says Aviva Ben-Ur, Professor of Judaic and Middle Eastern Studies at the University of Massachusetts–Amherst. “Its precious documents communicate this relentless message: Atlantic Jewish history cannot be written without archival repositories close at hand.” 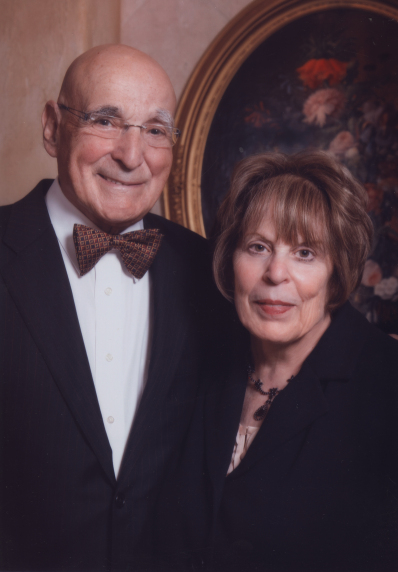 About Arnold and Deanne Kaplan

Arnold H. Kaplan is retired from UnitedHealth Group, where he served as chief financial officer. Prior to joining UnitedHealth Group, Mr. Kaplan was senior vice-president and chief financial officer for Air Products and Chemicals, Inc. He and his wife, Deanne, who have two children and six grandchildren, are natives of Pittsburgh, Pennsylvania. They lived for many years in Allentown, Pennsylvania, and currently reside in the Sarasota area of Florida. The Kaplans have been active in Jewish and civic affairs.

About The Penn Libraries

The Penn Libraries provides a network of information resources and knowledge services that are vital to teaching, research, and learning at the University of Pennsylvania. This network includes 14 physical libraries, recognized for their collections, and a digital library known for innovation and richness of content. Through exhibitions and lectures, and through the acquisition and preservation of literary and artistic artifacts, the Penn Libraries documents a wealth of social and historical periods, bringing scholarship to life at the University and in the various communities it serves.

View a selection of images for publication or browse the Arnold and Deanne Kaplan Collection of Early American Judaica online.