Most Elzevier publications were small and easily portable volumes. There are also several, less characteristic, large-format and heavily-illustrated treatises on natural history, and a famous treatise on fencing and swordsmanship. Also in the collection are more than 400 Leiden dissertations, most on medical and scientific subjects.

The Elzevier collection documents the range of early modern European intellectual life, including subjects such as philosophy and natural philosophy; classical and modern literature; works of history and travel; and imaginative literature. Particular strengths are:

For historians of print culture, Elzevier imprints suggests the ways in which texts circulated beyond national borders. The collection includes, for example, Dutch printings of Molière's plays (in French) and Latin translations of Galileo issued after their censorship in Italy.

The Elzevier Collection is cataloged in the library's online catalogue, Franklin. Its classification system is by format (sextodecimo, duodecimo, octavo, quarto, folio, portfolio).

Edward Bell Krumbhaar (1882-1966) was a prominent physician, a historian, and a Penn Medical School faculty member. As a physician, he specialized in pathology and cardiac physiology and was an active member of the College of Physicians.

adapted from Daniel Traister, "The Elsevier Republics: Guide to the Microfiche Edition," 1988

The seventeen provinces of the Low Countries had been left to Philip II, along with Spain and parts of Italy, at the 1555 abdication of his father, the Holy Roman Emperor Charles V. His reign was characterized by ultimately unsuccessful efforts to preserve Spanish and Roman Catholic domination both of the Low Countries and of Europe. Philip's absolutist approach to government and repressive treatment of the Protestants provoked the Low Countries to revolt in 1566. For eighty years, inhabitants of the Low Countries were subject to intermittent disorder, warfare, and foreign intervention.

Louis (Lodewijk) Elzevier (ca. 1540-1617) passed most of his life in places and under circumstances directly influenced by these events. A bookbinder like his father, and a convert to Protestantism, he worked for Christopher Plantin's large printing firm in Antwerp; records place him there in 1565. In 1566 Calvinists sacked Antwerp's Roman Catholic churches. When Spanish troops, led by the Duke of Alva, arrived to restore order in 1567, Louis and his family left, together with many other Protestants. They settled first in Liege, his wife's native city, where Louis seems to have been a bookseller. Sometime between 1570 and 1574 they moved on to Wesel in the Duchy of Cleves and by the late 1570s they were in Douai. In 1580 the Elseviers settled at Leiden, a commercial and intellectual center in the Protestant north. Its new University, founded in 1575, seems to have provided the immediate impetus for Elsevier's choice of Leiden. The University attracted other printers and booksellers, as well as a highly cosmopolitan student body, all following some of the most illustrious scholars of the Protestant world. It quickly became one of the leading universities of its time. Here Louis established the Elsevier business which was eventually to involve bookselling, publishing, and printing. It was a business that would endure for more than a century.

By 1581 Louis Elsevier was working, again as a bookbinder, for the University of Leiden. Two years later he was retailing books to students and professors at the University, his stock procured from his former employer Plantin in Antwerp, who was now printer to the University of Leiden. Elsevier became a travelling book merchant, buying and selling for his Leiden clientele at the Frankfurt fairs where books and dealers from all over Europe gathered twice a year. Cultivating a broader clientele than that available in Leiden alone, with customers in such places as Heidelberg, Louvain, and Paris, Louis gained a reputation in academic circles as a specialist bookseller of scholarly texts. Occasionally he auctioned books, another aspect of the book business with which the family was to remain involved. He also opened Elsevier offices in The Hague and in Utrecht.

In 1586, Elsevier was appointed the University's beadle. He thus became responsible for conducting much of its business. This position afforded him opportunities to expand his contacts with the University's scholarly and student communities. It also enabled him to travel to even more places where books might be found and sold. By 1594, Elsevier had expanded his business to include the publication of scholarly books and textbooks for students. He published almost entirely in Latin. Some books appeared over his imprint alone; some were published jointly with other dealers; some indicated that they could be bought at Elsevier's shop, Elsevier apparently acting simply as agent. Slightly more than one hundred books are associated in these various ways with Louis Elsevier's name. He died in 1617.

The firm was continued by his sons, Bonaventura (1583-1652) and Mathijs (d. 1640). In 1622, Mathijs sold his interest to his son, Abraham (1592-1652). Bonaventura and Abraham expanded the bookselling and publishing business to include the printing office established by Isaac Elsevier, another of Louis's grandsons (d. 1651). Isaac had initiated the family's involvementwithprinting in 1617. In 1620 he became one of two printers to the University of Leiden. He acquired the matrices for several oriental type fonts in 1625 from the widow of the Leiden orientalist Thomas Erpenius, a matter of some significance to a universitywith an already strong tradition in oriental studies. When, in the following year, Isaac retired to open a tavern in Rotterdam, his business and equipment went to Bonaventura and Abraham, as did his position as official printer to the University.Under their direction, the Leiden Elsevier firm reached its height, and even maintained a branch in Copenhagen.

The firm's Latin-language productions formed the basis of its reputation. Two series of Latin publications received special renown. One was the Republics. The other, for which the Elseviers are most often remembered today, was their "cheap editions of classical texts in small format, but in reliable, scholarly versions." This series often attracts comparison with the small-format classical texts printed at the beginning of the sixteenth century by Aldus Manutius and his imitators. It is also compared with the twentieth-century paperback revolution spawned in the English-speaking world by Penguin and Pocket Books. The Elseviers published other sorts of books, however, in addition to those upon which their modern reputation rests. Many examples might be cited. An elegant if rather slender folio by Nicolaas Heinsius, son of the classical philologist Daniel Heinsius, Breda expugnata(Leiden, 1637), celebrates the Dutch Revolt in neo-Latin verse. Even less typically "Elsevier" is Gerard Thibault's Academie de I'espee (Leiden, 1628), a massive folio illustrated with many complex and beautiful double-spread engravings devoted to the art of fencing. François Pierre de La Varenne's Le pastissier françois (Amsterdam, 1655), although a duodecimo, is a cookbook.

During the second quarter of the seventeenth century Bonaventura and Abraham Elsevier expanded the market for their business beyond its original, primarily academic clientele by publishing popular works in French, Dutch, German, and Italian. Drama formed a significant portion of their large French-language production. They also published for learned audiences in the oriental languages, using the types obtained from Erpenius. S. L. Hartz remarks that the foreman in Bonaventura and Abraham's printing office, one P. Heemskerk, needed the ability to read manuscripts not only in Latin and French but also in "Dutch,.. .German,.. .Greek, Hebrew, Rabbinic, Samaritanic, Armenic, Arabic, Persian, [and] Ethiopia."

They do not appear to have published in English,nor have I found any Spanish or Portuguese-language books in their list. (However, so renowned was the Elsevier's fame that, for example, one of the classics of Portuguese literature, the Arte de furtar, espelho de enganos..., allegedly by Antonio Vieira, was published, probably in Lisbon ca. 1744, with an imprint assigning the book to Amsterdam: Officina Elzeviriana, 1652.) Even so, their enterprise, characterized by a remarkably polyglot list, was thoroughly international in both scope of trade and publication. After the deaths of Bonaventura and Abraham in 1652, the Leiden Elsevier branch gradually declined, although its appointment as printer to the University of Leiden remained effective throughout the existence of the firm.

In 1655, Bonaventura's son Daniel (1626-1680) left both Leiden and his partnership there with Abraham's son, Johannes. Perhaps in consequence of his recent marriage, he moved to Amsterdam. There he joined Louis II Elsevier (1604-1670), another of the first Louis's grandsons. Louis II had beenpublishing books independently in Amsterdam since 1638. After 1655, with the Leiden branch declining, Amsterdam became the principal center of the Elsevier's business. Its commercial, financial, and intellectual importance made Amsterdam, like Leiden, a favorable location for the book trade. The city also resembled Leiden in possessing a new University, which had been founded in 1632.

In Amsterdam, Latin books had dominated the firm's publications from 1638 until Daniel's arrival. But they then began to decline from roughly eighty per cent to something closer to fifty per cent of the firm's output. Again, as in Leiden, French publications, especially contemporary literature and philosophy, dominated non-Latin production.

When Daniel died in 1680,the Amsterdam office shut down. The final major phase of the Elseviers' publishing history ended with it, although the Leiden office only ceased operation at the death in 1712 of Abraham's grandson, Abraham II. 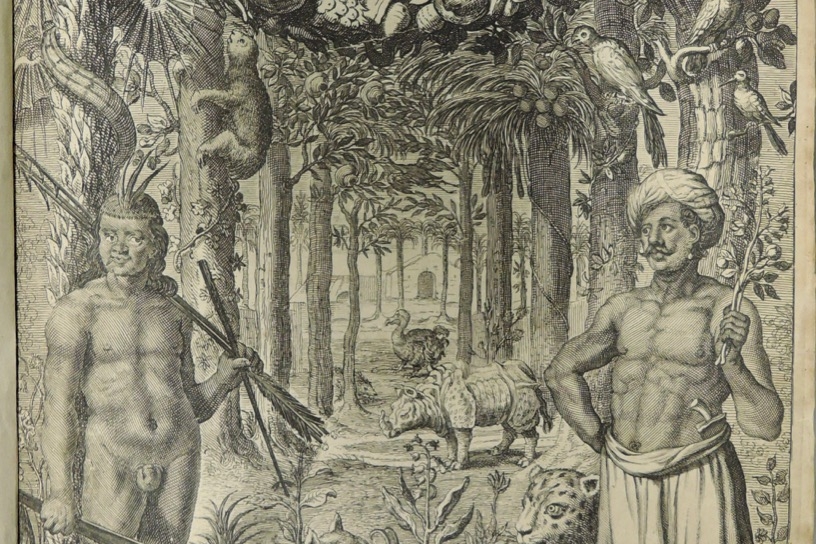 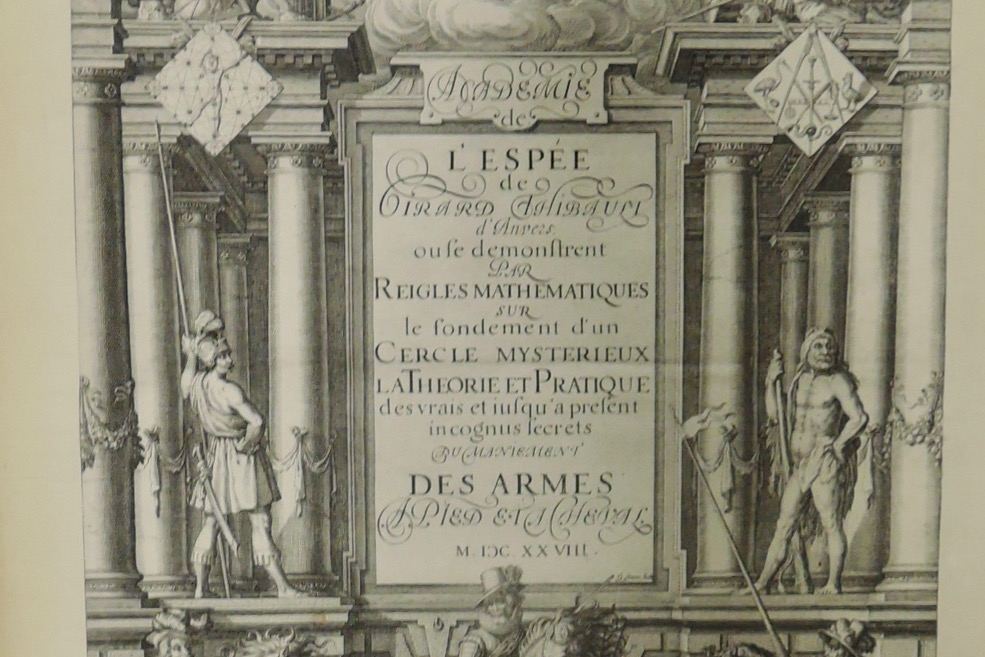 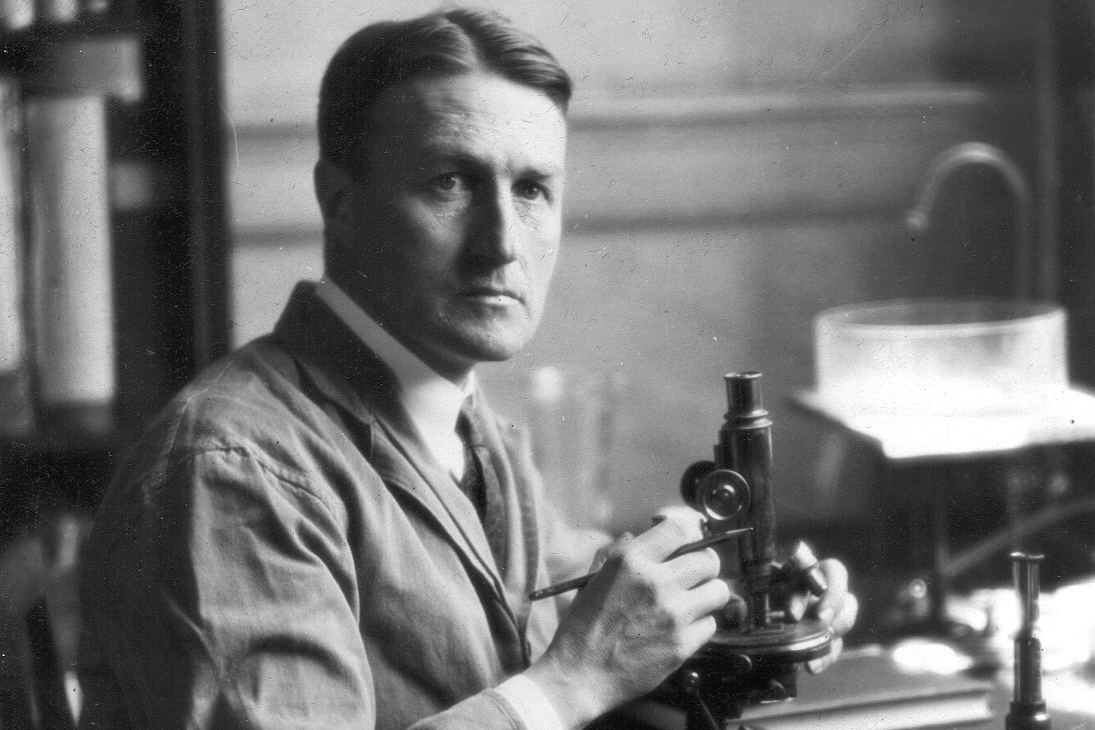