Penn’s collections of Isaac Leeser historical documents, held at the Library at the Katz Center, include his personal papers, correspondence, drafts of materials for his monthly newspaper the Occident and American Jewish Advocate, as well as his personal library and publications. In sum, they bear witness to Leeser's pioneering efforts to build the infrastructure of organized Jewish life in an English-speaking environment.

There are three collections of personal papers of Isaac Leeser at the Penn Libraries:

The Dropsie College Isaac Leeser Collection spans the years 1822 through 1868, with the bulk of the collection concentrated between the years 1848 and 1867. Categories of documents to be found include correspondence, literary productions, financial records--largely relating to The Occident, and legal and printed materials.

Notable among the literary productions are: the complete manuscript of Leeser's translation from the original German into English of Moses Mendelssohn's famous work Jerusalem; a nearly complete manuscript translation of J. Johlson's Instruction in the Mosaic Religion, drafts of various published and unpublished discourses and sermons by Leeser, an incomplete manuscript of Leeser's Jews and the Mosaic Law; Leeser's school notebooks from his youth in Germany--the oldest materials in the collection--dated 1822. Among the fragmentary writings is a report, apparently translated into English, from the "Committee central for the building houses [sic] for the poor and the pilgrims in Jerusalem to the noble benefactors and the friends of this undertaking." The central committee is named as Jacob Ettlinger, Rabbi at Altona, Josef Hirsch, merchant at Halberstadt, and Dr. Israel Hildesheimer, Rabbi at Eisenstadt. The local committee is named as Moses Sachs, Josef Goldberger, Selig Hausdorf, and Meyer Schonbaum. Also of note are several letters and drafts of writings by and in the hand of Grace Aguilar, the prominent nineteenth century British Jewish literary figure. Several letters from Rebecca Gratz are also found in the correspondence series.

Of particular note is Leeser's correspondence with the Jewish community of Latin America. Leeser maintained a close relationship with Jews in Barbados, Curacao, Grenada, Jamaica, St. Thomas and Venezuela.

This collection, the gift of Linda and Michael Jesselson in December 2017, comprises letters largely written to Isaac Leeser from a variety of well-known Jewish literary figures and community leaders. There are a few letters authored by Leeser and a small number of letters that were neither written to nor from Leeser. Overall, these letters bear witness to Leeser's efforts to build the infrastructure of organized Jewish life in an English-speaking environment. 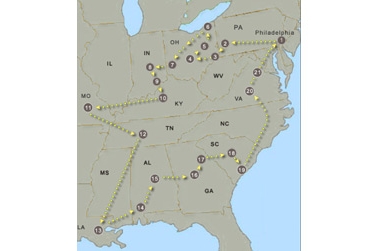 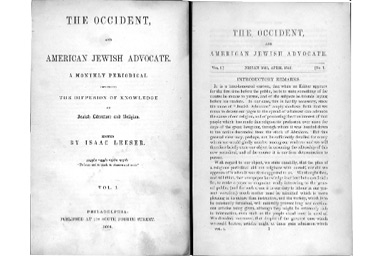 The Occident and American Jewish Advocate, of which Leeser was founder, editor, contributor, and occasional typesetter 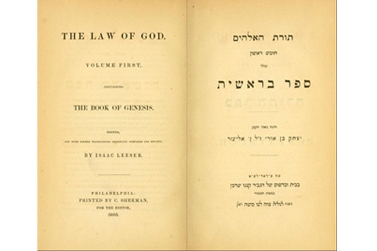 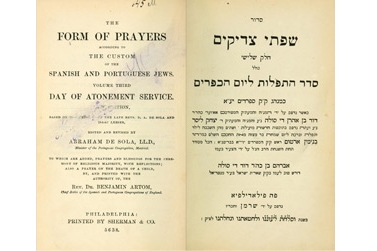 The Form of Prayers according to the Custom of Spanish and Portuguese Jews. 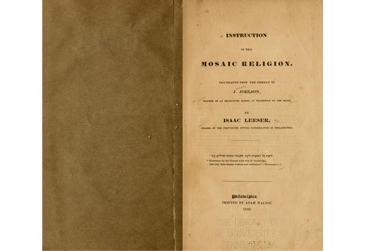 Instruction in the Mosaic Religion, translated by Leeser.