Though the Library had acquired a few Indic manuscripts in the early 20th century, the bulk of Penn's collection was purchased between 1930 and 1935 under the direction of Professor W. Norman Brown. Having begun conversations regarding manuscript acquisition with Provost Josiah Penniman in 1927, Brown was granted $1000 (worth more than $15,000 in 2020) in donations to begin building a collection that could serve broadly in both instruction and research. Narayana Shastri Khiste, Brown's former teacher and the manuscript curator at the Sarasvati Bhavan in Benares, negotiated large purchases from learned families in the region. India's Antiquities Act of 1972 would render the export of such acquisitions nearly impossible today.

The numbers assigned to the majority of these manuscripts in the 1930s are retained today as item numbers 1-2876 within UPenn Ms. Coll. 390: Collection of Indic Manuscripts, ca. 1505-1850. Additional manuscripts acquired since the between the 1930s and 2010 by gift or purchase are largely cataloged with numbers greater than 2876. From 2010 onwards, newly acquired indic manuscripts as well as some re-cataloged older acquisitions have been given the shelfmark "Ms. Indic" - this new series now contains over 50 manuscripts and will continue to grow.

Norman Brown succeeded in building a broad collection that represents nearly all genres of traditional learning in South Asia – religious texts, courtly literature, poetics, philosophy, grammar, law, medicine, astronomy, and mathematics. More than 95% of the holdings are composed in Sanskrit, though Prakrit/Pali, Hindi, Marathi, and Bangla are well represented, and more than a dozen other languages are included.

Though spanning from the 16th century into the 20th, the majority of the collection is from the 18th and 19th centuries. A number of the manuscripts are composed on palm leaf, however most are on paper, with some examples retaining the pothi format. A significant number of the manuscripts contain illustration, much of it vividly colored and some illuminated with gold leaf.

In 2014, Penn Libraries was awarded a grant from the Division of Preservation and Access of the National Endowment for the Humanities, intended for digitization and new cataloging of the South Asian manuscripts. Nearly the entire collection is now openly available online at Penn in Hand. Additionally, Penn has collaborated on digitization projects with archives in South Asia, most notably the Rāmamālā Library in Comilla, Bangladesh. Nearly one hundred high resolution facsimiles from that project are now included in the digital collection. Our goal is to continue broadening manuscript access using this collaborative model.

Manuscripts are cataloged individually in the library's online catalog, Franklin (browse records here, sorted by date, oldest to newest). Manuscripts may be requested and consulted in the Kislak Center Reading Room.

The Indic manuscripts acquired by Norman Brown in the first major period of collecting are listed in H.I. Poleman, A Census of Indic Manuscripts in the United States and Canada (New Haven: American Oriental Society, 1938).

More than 95% of Penn's Indic manuscripts were re-catalogued between 2014 and 2017 by Benjamin Fleming for the purposes of digitization. For an account of this process see Fleming, "Digitizing the University of Pennsylvania's Indic Manuscripts," Manuscript Studies 3.2 (Fall 2018), 470-486. 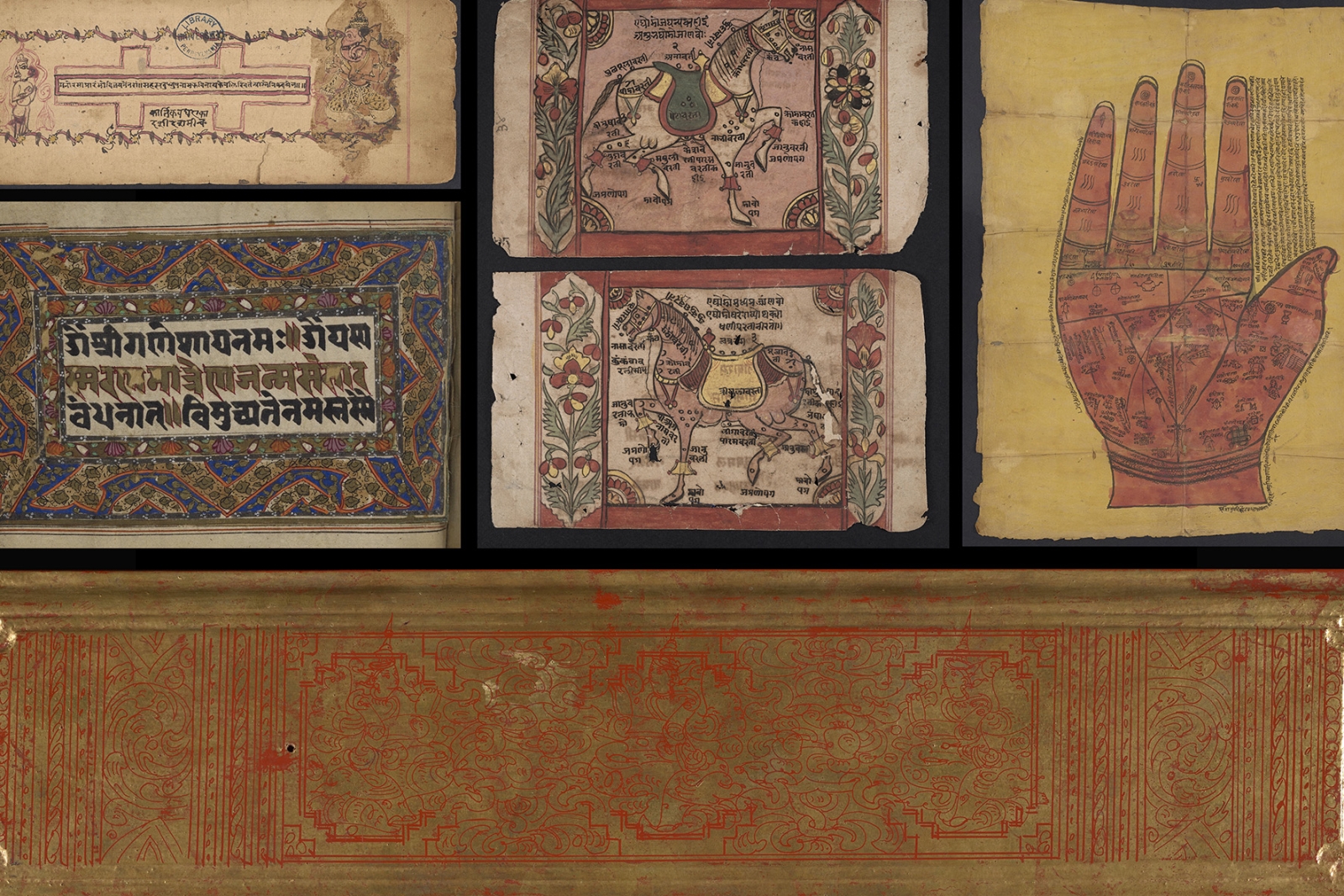 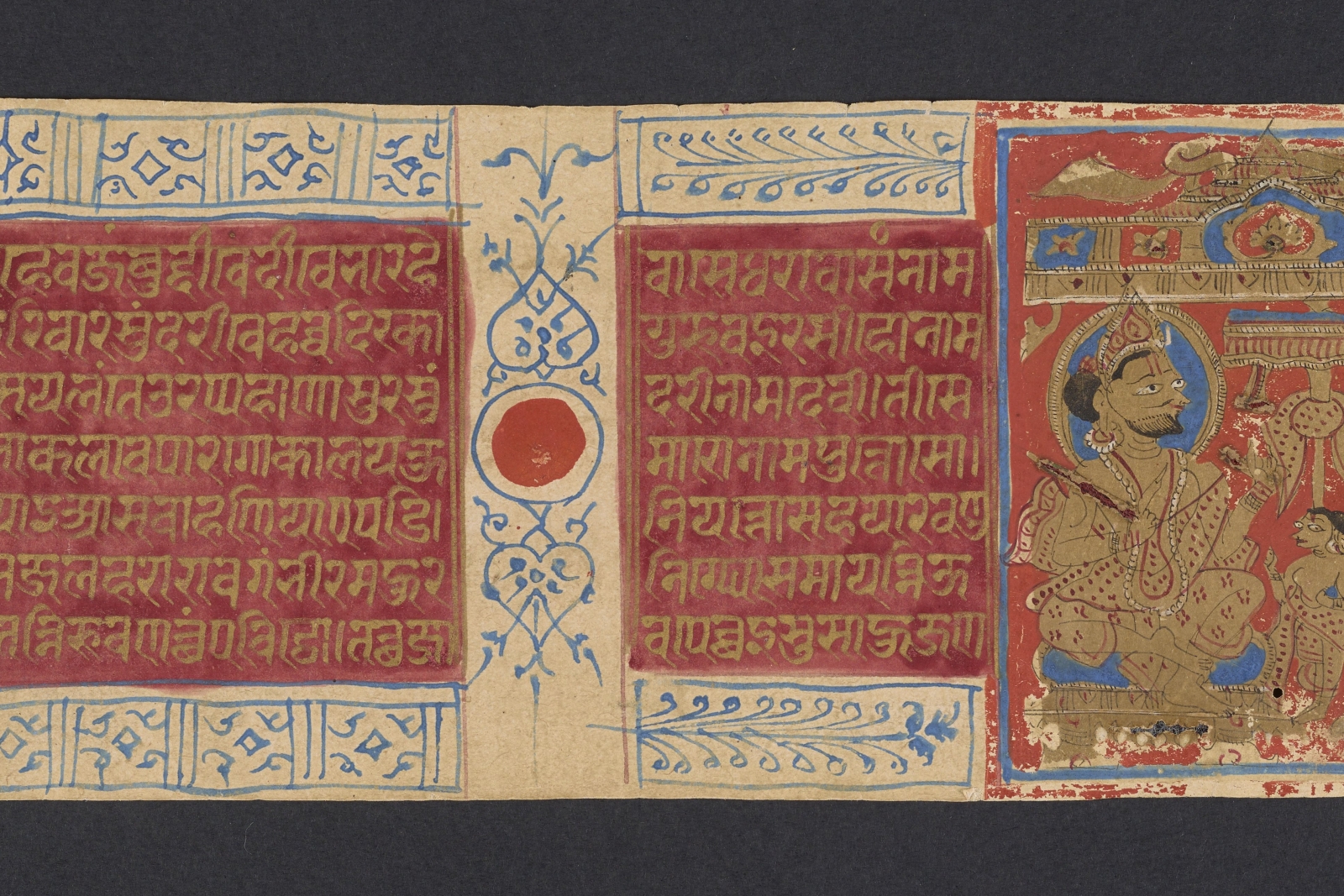 A page from the Kālakācaryakatha, an important text for the Śvetāmbara Jains. It was the first illustrated manuscript Brown had seen; he purchased it in 1922 for $7 (roughly $100 today) while in Benares, and subsequently gifted it to Penn upon his death. 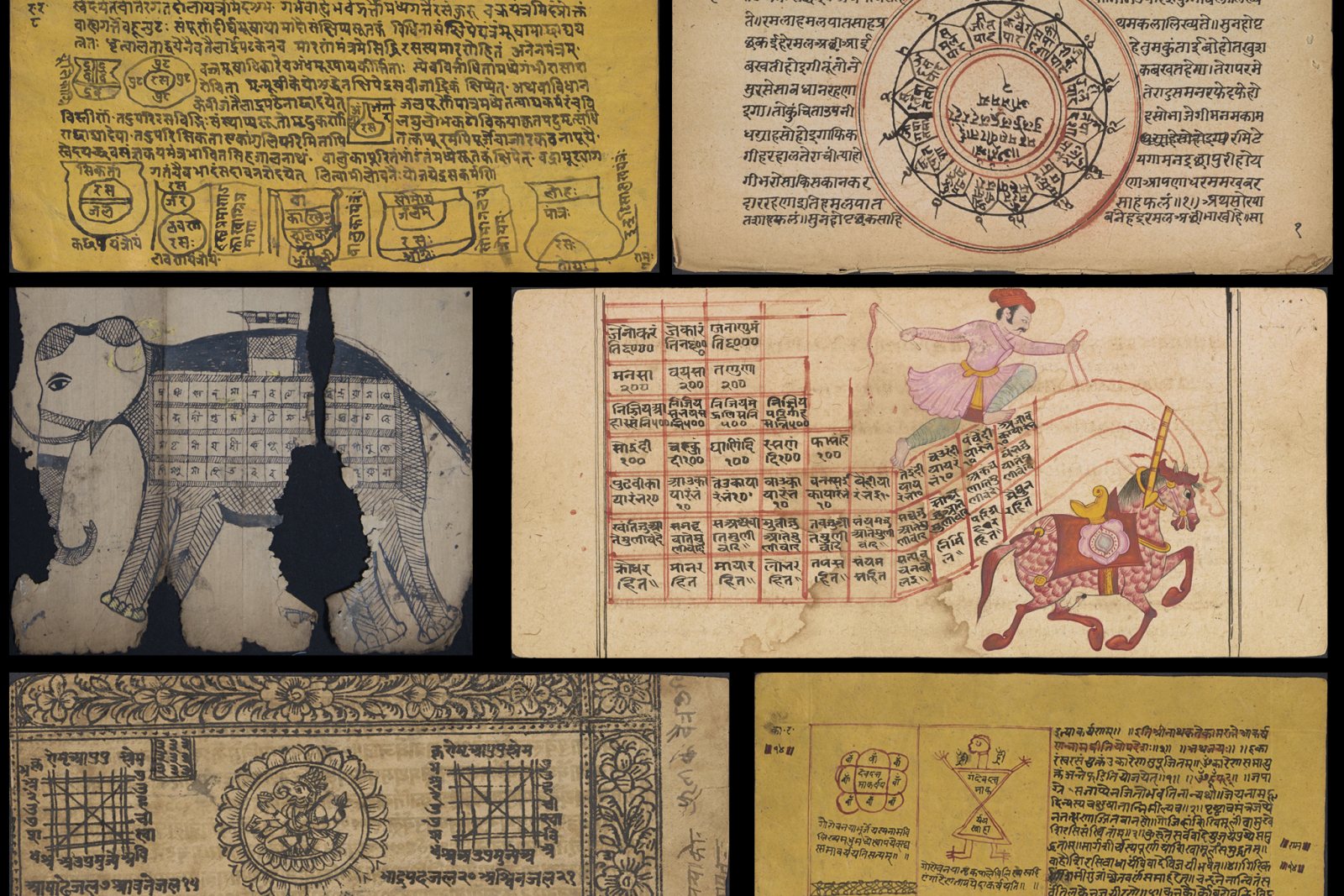 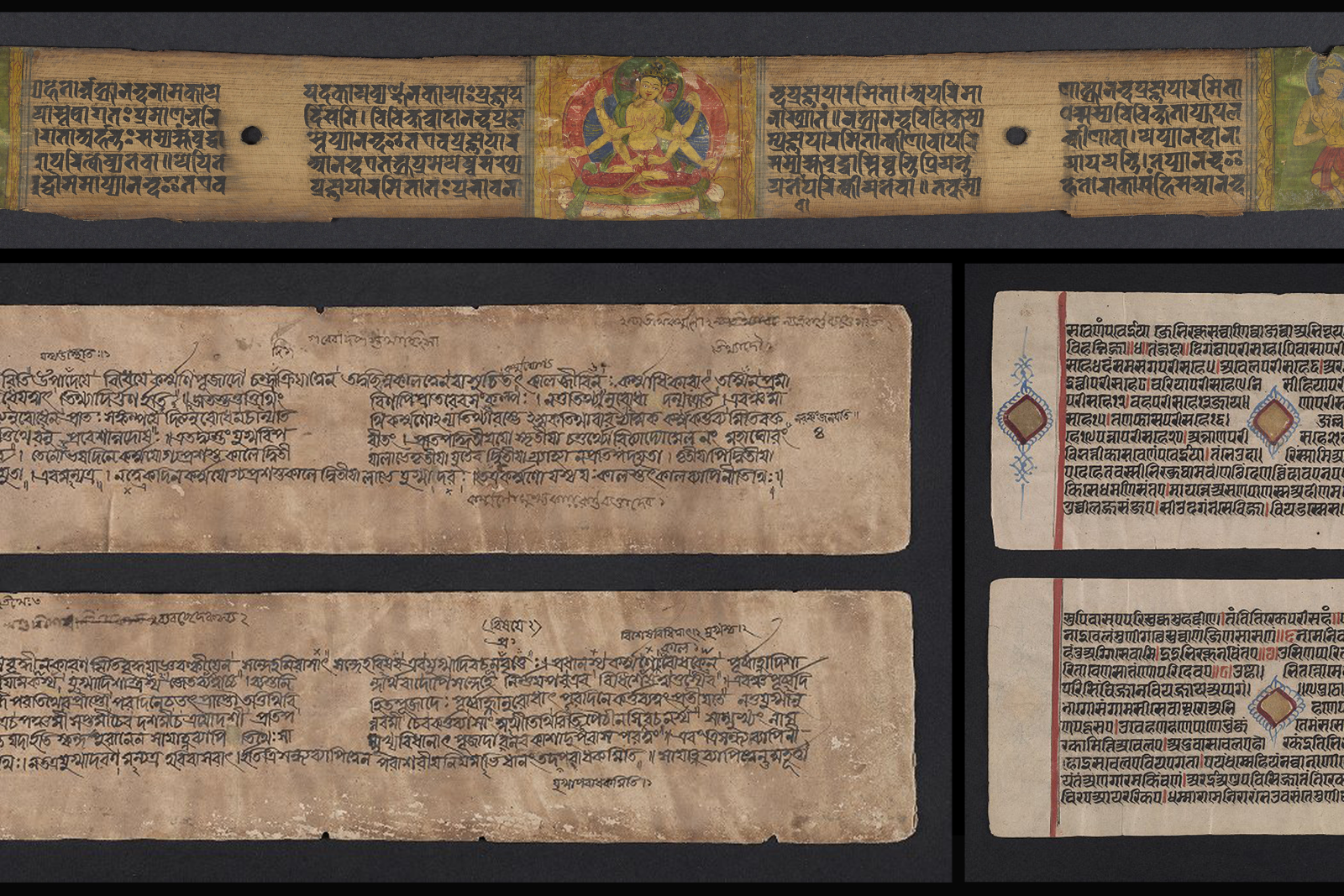 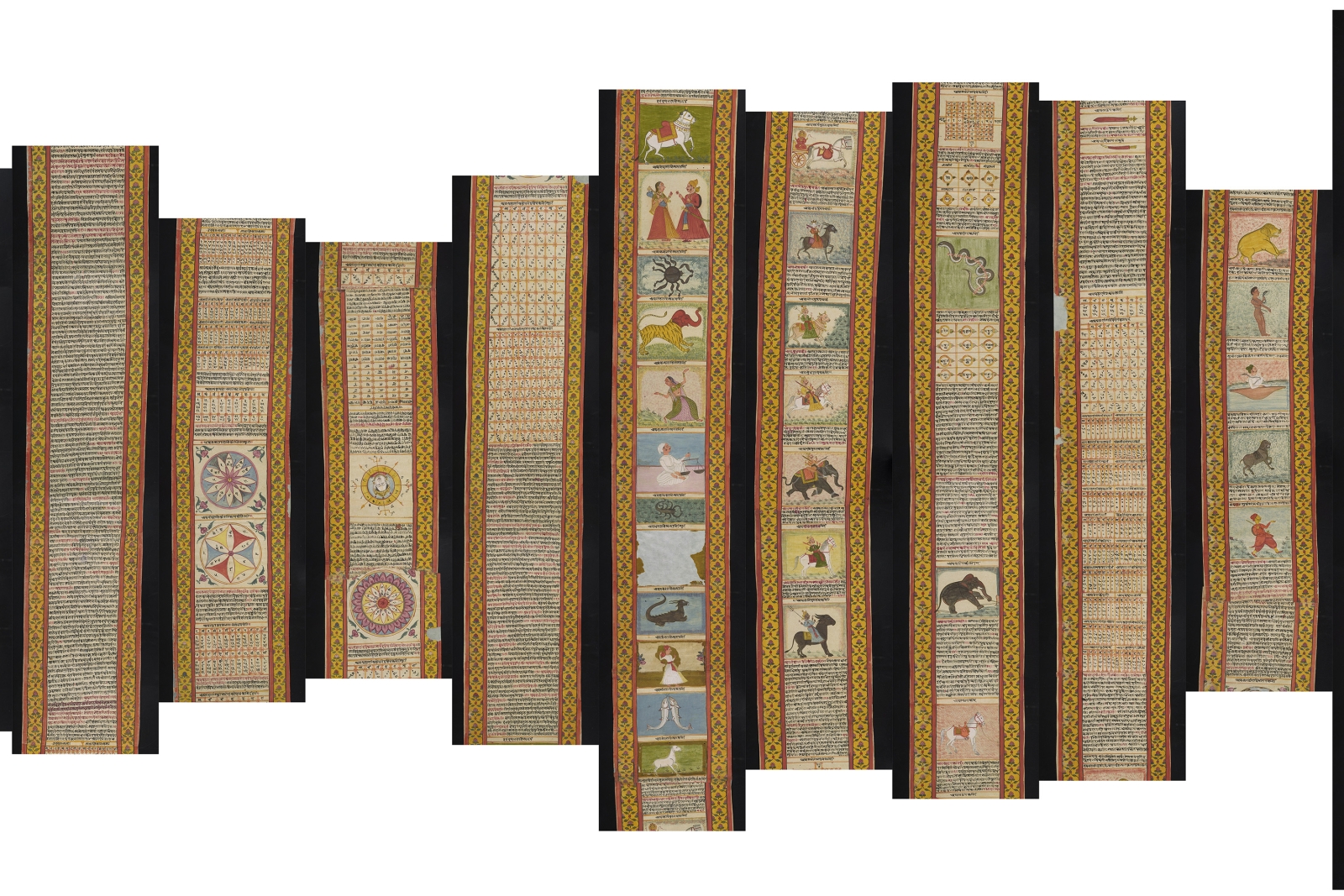