Collections related to archaeology can be found in several Penn Libraries locations: the John and Ada Lewis Museum Library, the Anne and Jerome Fisher Fine Arts Library, the Library at the Herbert D. Katz Center for Advanced Judaic Studies, and the main library on campus, Van Pelt Library.

The Library at the Katz Center for Advanced Judaic Studies is located in the historic district of Philadelphia, on the south side of Walnut Street between 4th and 5th streets. Its collections include significant works related to cuneiform tablets and papyri from the Near East. The Library is open to Penn faculty, students, and employees, but the general public is admitted by appointment only, and all patrons are encouraged to call ahead.

Notable strengths in the Penn Libraries' collections include prehistoric and historic archaeology in the United States, Mexico, the countries of Central and South America, western Europe, Italy, Greece, Turkey, Egypt, countries of the modern Middle East, India, China, Japan, and the countries of southeast Asia. In addition to these areas of geographic focus, monographs and serials concerned with archaeological theory and method, scientific techniques applied to archaeological research, and cultural heritage management are collected at a research level in print and electronic formats.

The Museum Library houses two special collections that include 18th-19th-century publications of early travelers and antiquarians, 19th-20th-century illustrated catalogs of textiles and small finds, and facsimiles of Pre-Columbian and early colonial manuscripts that might be of use to the archaeology student or researcher. In the Franklin catalog, these items will be listed as University Museum Library - Locked Cases or University Museum Library - Brinton Collection. Researchers who wish to consult these materials should click on the Request to View button in the Franklin catalog record in order to register and request an appointment. Other rare antiquarian publications can be found in the holdings of Kislak Center for Special Collections, Rare Books, and Manuscripts, the Fisher Fine Arts Library, and the Katz Center for Advanced Judaic Studies and similarly will require a researcher to register and request an appointment through the AEON system. 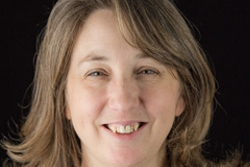