Charles is the liaison and bibliographer for Cinema & Media Studies and Germanic Languages & Literatures. He develops library collections focused on areas such as film theory, history of film, television studies, animation, screenwriting, and video and cinema production for the Cinema & Media Studies program, and manages collections in German and other Germanic languages and those that support research of literature, history, culture, and film in German-speaking countries, the Netherlands, and Scandinavia. He is proficient in German, Swedish, Spanish, French, and Russian. He also serves as a point person for research inquiries from Penn's Master of Science in Organizational Dynamics program. As Digital Outreach Librarian, Charles contributes to teaching and research technologies projects, including web applications that support reference services. Charles holds a BA in Foreign Languages and Literatures, in German and Russian Studies, from Lewis & Clark College, an MSLS from the University of North Carolina at Chapel Hill, and is working toward an MLA at Penn. 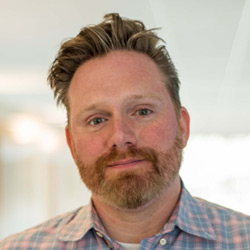 Pronouns
He, him, his