Often hailed as the father of Western classical music in China, Li Delun 李德伦 was a conductor, multi-instrumentalist, and advocate for the arts in the People’s Republic of China (PRC). From 1946 to 1949, Li was a Communist guerilla musician for the Communist Party of China during the Chinese Civil War. Following the establishment of the PRC, he served in various artistic leadership roles in Beijing, including as conductor of the Central Philharmonic. He worked tirelessly to promote Western classical music and protect musicians during the Cultural Revolution (1966–76). In 1973, Li was instrumental to the success of the Philadelphia Orchestra’s Beijing performances with the Central Philharmonic.

The Philadelphia Orchestra became the first American orchestra to tour the PRC in 1973. This historic tour occurred during the Cultural Revolution, a time of political tumult and harsh censorship, including of Western classical music. The University of Pennsylvania’s Kislak Center holds a set of photographs of Li Delun with the Philadelphia Orchestra that, until recently, were unknown to Li’s family, and rarely studied. These issues have been addressed by doctoral candidate Shelley Zhang with the help of staff from the Kislak Center.

On April 2nd, 2022, a public symposium, pop-up photo exhibit, and recital will be held in the Kislak Center that will foster interdisciplinary conversations between scholars, filmmakers, creative writers, and musicians while also addressing misconceptions of Chinese artistic practice. The event will demonstrate the historic collaborations between Chinese and American musicians and explore the collaborations that can occur today using ethnographic practices, archival methods, and performance. A string quartet concert featuring Rosalind Zhang, Li’s granddaughter, and Booker Rowe, Davyd Booth, and Jonathan Beiler of the Philadelphia Orchestra will conclude the day. Rowe and Booth participated in the 1973 China Tour and Beiler has played in every visit since then. Moreover, Rowe was the first African American musician to ever play with the ensemble, beginning in the late 1960s. In many ways, this event seeks to show the continuity of transnational and intergenerational musical connections, and the diversity that has historically existed in Western classical music, but that has been inadequately acknowledged.

This event will be livestreamed, and a limited number of in-person seats are also available. 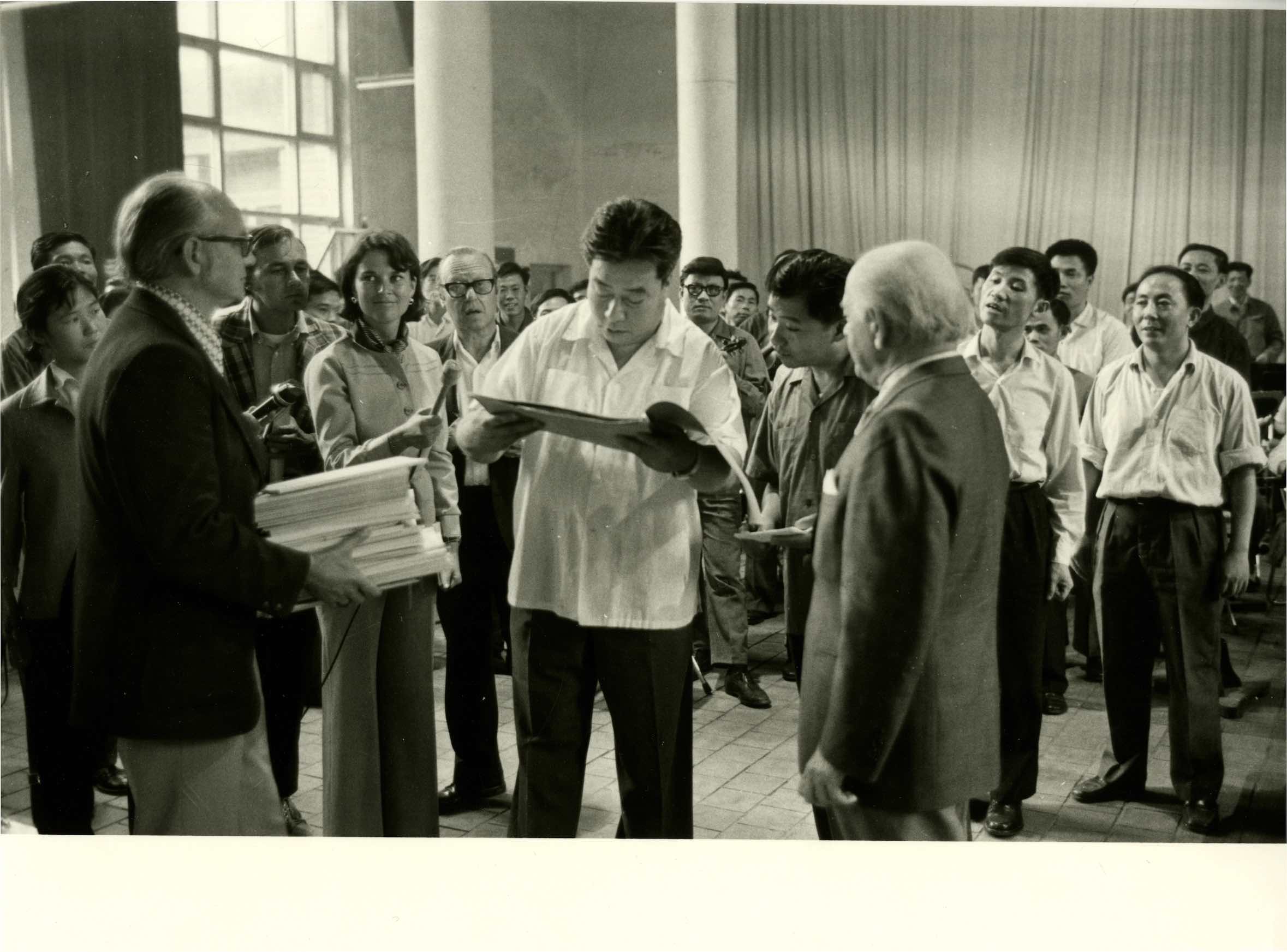 10:30am Welcome, opening remarks, and presentations

3:30pm-4:30pm Recital and Interview with musicians

Hua Yuan-Jun/Ah Bing, Reflections of the Moon on the Second Fountain

Non-Penn affiliated visitors must show a green pass from the PennOpen Campus system. Here are instructions for using the system: