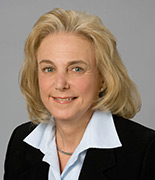 Established in 2011, the Marilyn Kramer Weitzman Fund supports the acquisition of materials for French Studies at the University of Pennsylvania Libraries.

Marilyn is an avid supporter of the Penn Libraries, and serves as co-chair of the Orrery Society, an initiative designed to recognize those individuals and groups who contribute to the enhancement of the Libraries' digital and print collections. A self-described book person, Marilyn established the fund in support of French Studies because this was her undergraduate major. She also received her Masters Degree from the University of Pennsylvania in 1969 in 18th century French Literature, and has maintained a life-long interest in and passion for France. Marilyn has been active in her class reunions, and was an early member of the Trustees Council of Penn Women, with which she has remained involved for over twenty years.

Marilyn is President of The Weitzman Group, Inc., a nationally recognized real estate consulting firm with offices in New York, Chicago, and Florida. Since 1981, Marilyn Weitzman has been a principal in her own firm, which has evaluated major trophy properties such as Rockefeller Center, One World Financial Center, and 7 World Trade Center. She was formerly an assistant vice president of the Investment Services Division at Landauer Associates Inc., in New York City. In addition to her degrees from the University of Pennsylvania, Marilyn has a MBA in finance from the Stern School of New York University. Her active professional affiliations include: National Council of Real Estate Investment Fiduciaries, Counselors of Real Estate (National Vice-President), Association of Real Estate Women (President), Appraisal Institute (President Metro New York Chapter), Urban Land Institute and New York Women Executives in Real Estate. She has served as a Board Member of the New York City Industrial Development Agency and is a past faculty member of The Real Estate Institute of New York University and the Appraisal Institute.