Board members help to promote a deeper awareness and understanding of the vast resources provided by the Libraries and its vital contribution to students and faculty, alumni, and researchers around the globe. 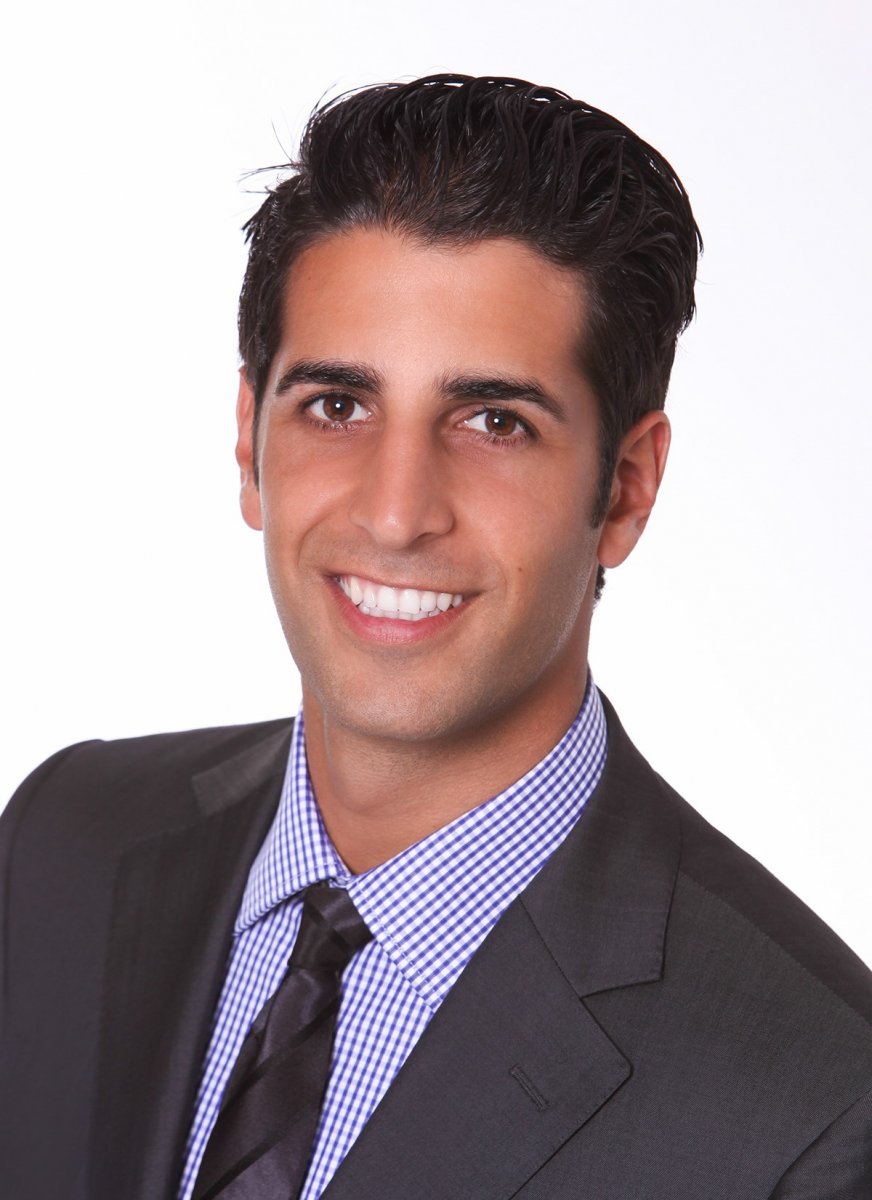 Omid Shokoufandeh is the Vice President of Acquisitions at Abington Emerson Investments, LLC (“Abington Emerson”), a privately held real estate investment company focused on the acquisition, development and management of value-add real estate. Headquartered in Los Angeles, Mr. Shokoufandeh is responsible for sourcing and underwriting acquisition opportunities throughout the western United States, and advising the investment committee on all asset classes. Additionally, Mr. Shokoufandeh manages the commercial development portfolio in Los Angeles, with over $50m in development scheduled to begin in 2020. 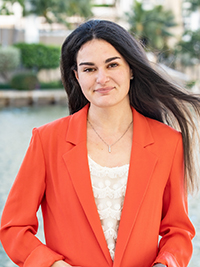 Allison Hechtman is a Consumer Insights analyst at Royal Caribbean International. She graduated in 2019 with a Bachelor’s degree in cognitive neuroscience. While at Penn, Hechtman studied consumer psychology and neuroeconomics. She was also a member of the Wharton Neuroscience Initiative. Hechtman is currently based in Miami, FL. 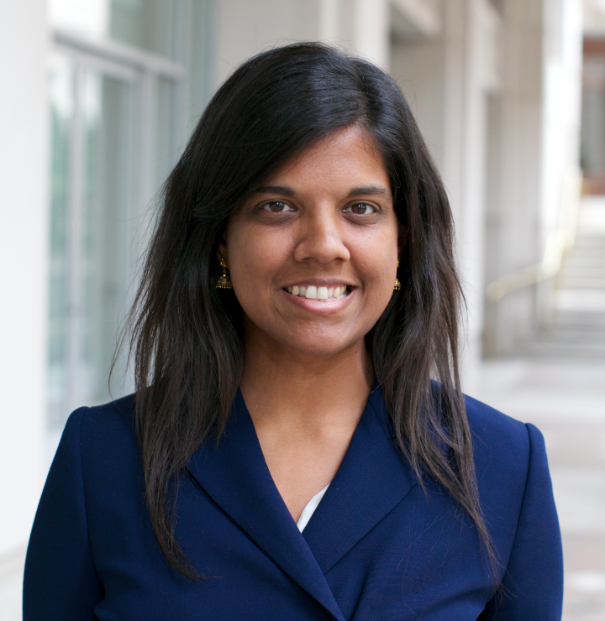 Aparna Chandrasekhar currently serves as a Quality Management RN Specialist at the VA Boston Healthcare System. Prior to joining the public sector in early 2018, she dabbled in private sector work ranging from consulting at The Advisory Board to nursing, quality improvement, and nurse management at UCSF Medical Center and The Dimock Center. She graduated from Penn’s joint-degree Nursing/Health Care Management program in 2005 and obtained a Harvard public health masters degree in 2012. Aparna firmly practices the “work hard, play hard” motto and is an active Board member of the Longwood Symphony Orchestra, a violinist in the Harvard Musical Association Reading Orchestra, an avid and insatiable wanderlust (35+ countries thus far and also on a journey to visit each state in alphabetical order), and a member of multiple local book clubs run by the Boston Public Library. 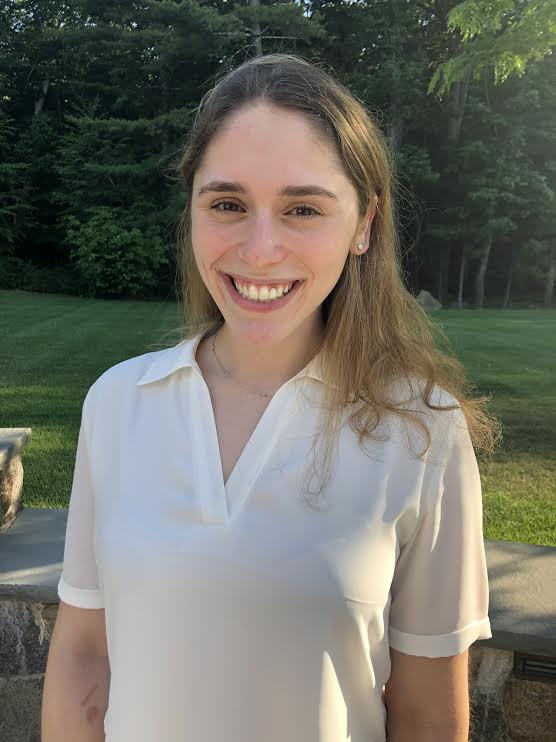 Emily Gliklich graduated from Penn with a degree in Philosophy, Politics, and Economics in 2021. Not quite ready to leave University City, Emily is currently pursuing the Master of Behavioral and Decision Sciences at Penn. In addition to her studies, she gives tours to prospective Penn students, tutors high school students in West Philadelphia, and manages a soup kitchen on campus. 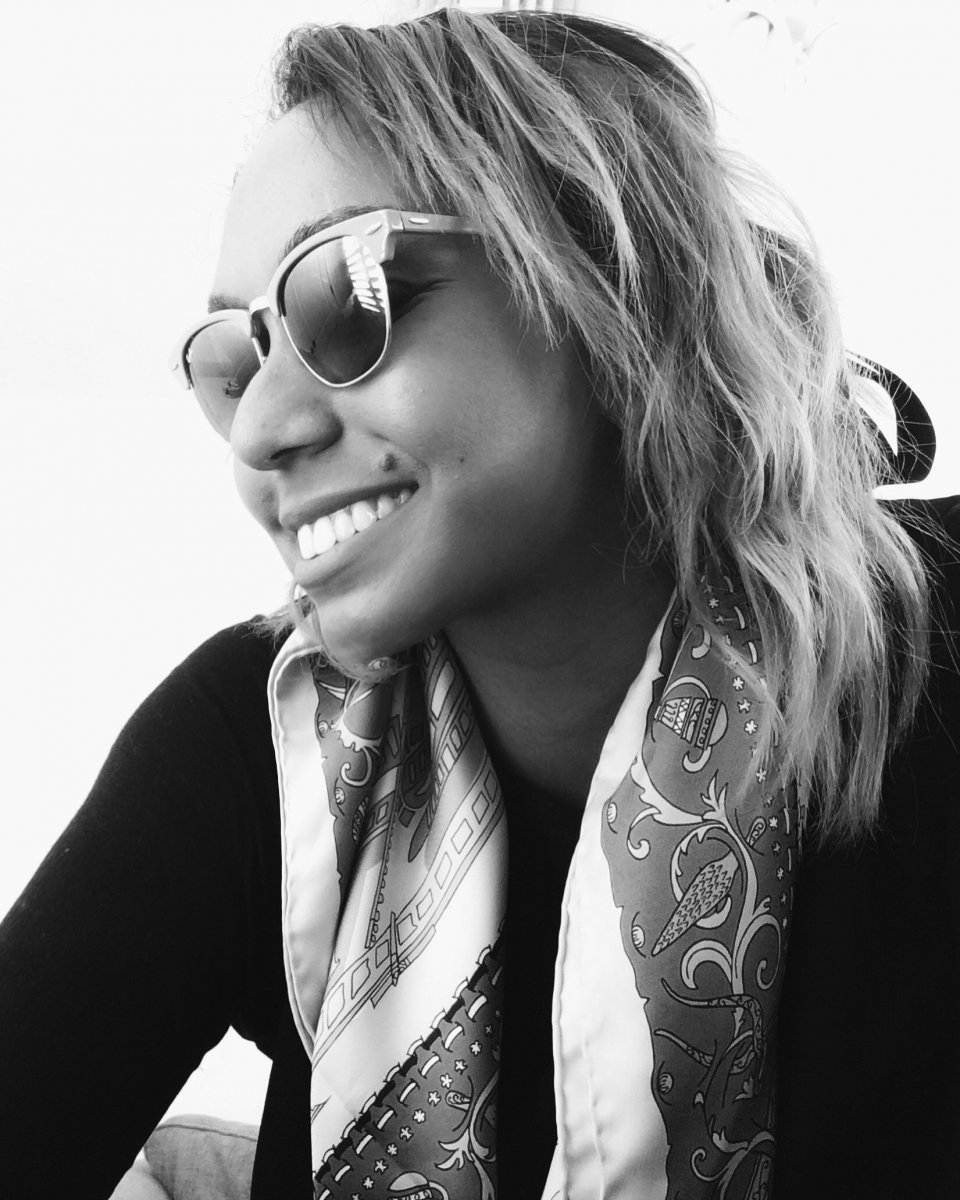 Gaëlle Gouraige is an active member the Penn alumni community having worked with Penn Spectrum and various events in Miami, FL. After graduating from the College in 2008 she went on to earn her MBA at MIP Politecnico di Milano where she learned to maximise the use of social channels in conjunction with digital and traditional media to create all encompassing marketing strategies using the principles of “Design Thinking”. Working with companies across a variety of industries such as luxury, design, finance, beauty, travel and law has given her insight on the intricacies of client management and how to maximise their visibility. She hopes take this knowledge even further and find ways to apply this to Penn Libraries. Fluent in English, French, Spanish and Italian she aspires to expand the reach of Penn Libraries and have it be the driving force of what a library can mean in the 21st century. 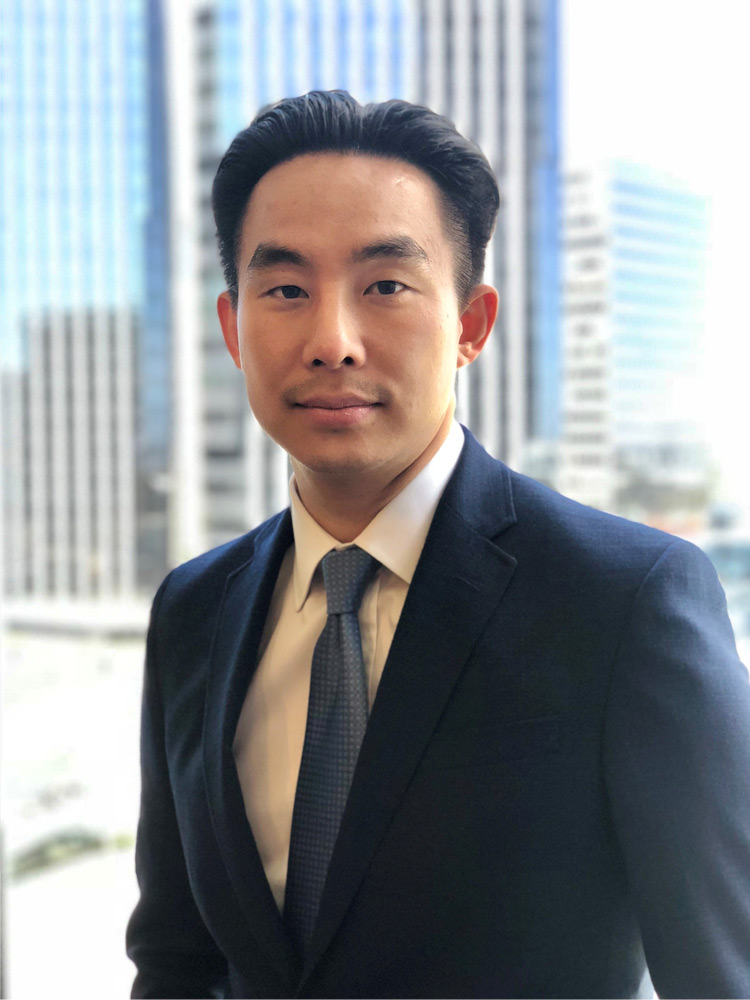 Theo Kwon is a Partner at Apollo, focused on private equity investing in the consumer industry. Mr. Kwon currently serves on the board of directors of (i) Apollo Education, one of the largest higher education institutions in the U.S. with the University of Phoenix, (ii) Vanta Education, a global platform of premier higher education schools located in various international markets, and (iii) Tegra Global, the leading sportswear apparel manufacturer in the Western Hemisphere. Mr. Kwon also previously served on the board of directors of The Fresh Market, a leading specialty grocery business with 159 stores located predominantly in the Southeastern U.S.

Prior to joining in 2015, Mr. Kwon was a Vice President at Angelo, Gordon & Co. from 2012 to 2015. Prior thereto, Mr. Kwon was a private equity associate at Weston Presidio and an investment banking analyst in the Mergers & Acquisitions Group at Citigroup.

Mr. Kwon graduated from the Wharton School of the University of Pennsylvania with a Bachelor of Science in Economics and a Master of Business Administration. 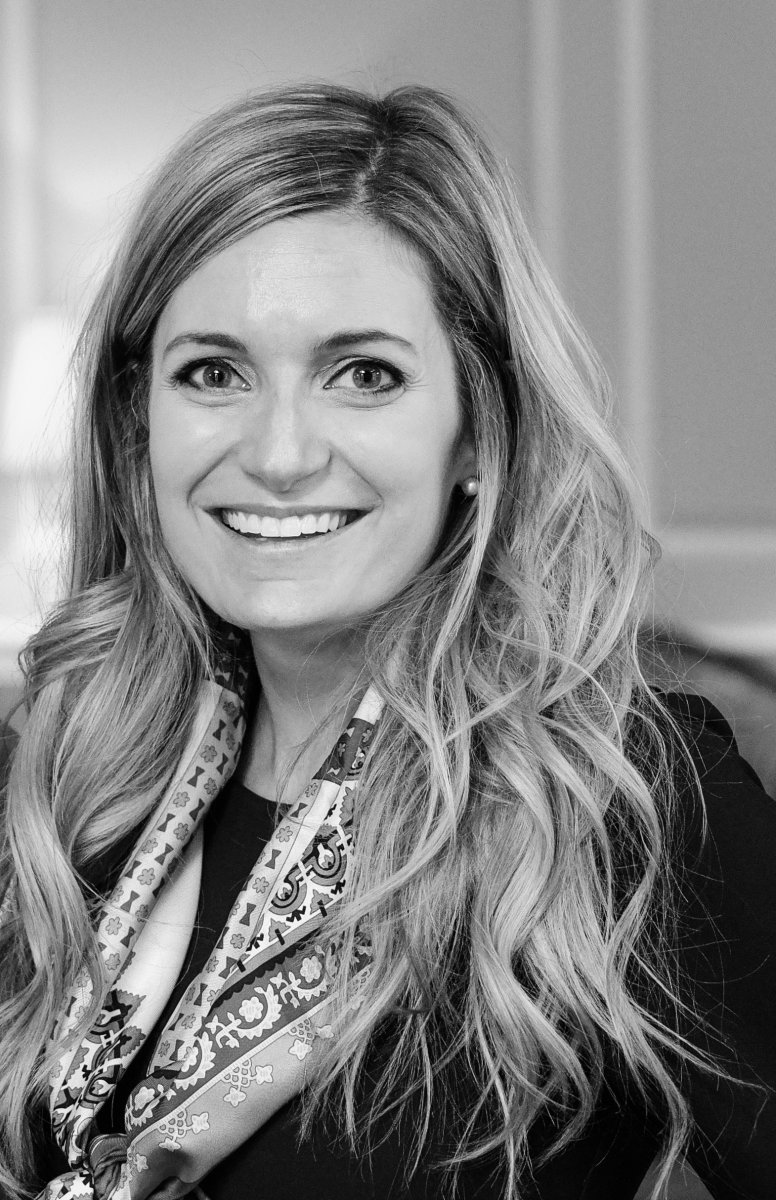 Susan received a B.A. from The University of Pennsylvania in 2009 and an M.P.P. from the University of Chicago in 2015. After graduation from Penn, she worked at B Lab, a nonprofit that serves a global movement of people using business as a force for good. B Lab’s initiatives include B Corp Certification, administration of the B Impact Management programs and software, and advocacy for governance structures like the benefit corporation. Subsequently, she worked in investment banking and, currently, lends her skillset to BallotReady, which provides a free, nonpartisan voting guide and technology that empowers American voters to vote confidently in local and national elections, whether in person or by mail. At Penn, Ms. Mallaney has been involved since graduation as a member of her class gift and reunion committees and serving as an alumni interviewer since 2012. In addition, she serves on the Art Institute of Chicago's Auxiliary Board.

She lives in Chicago with her husband and their three children. 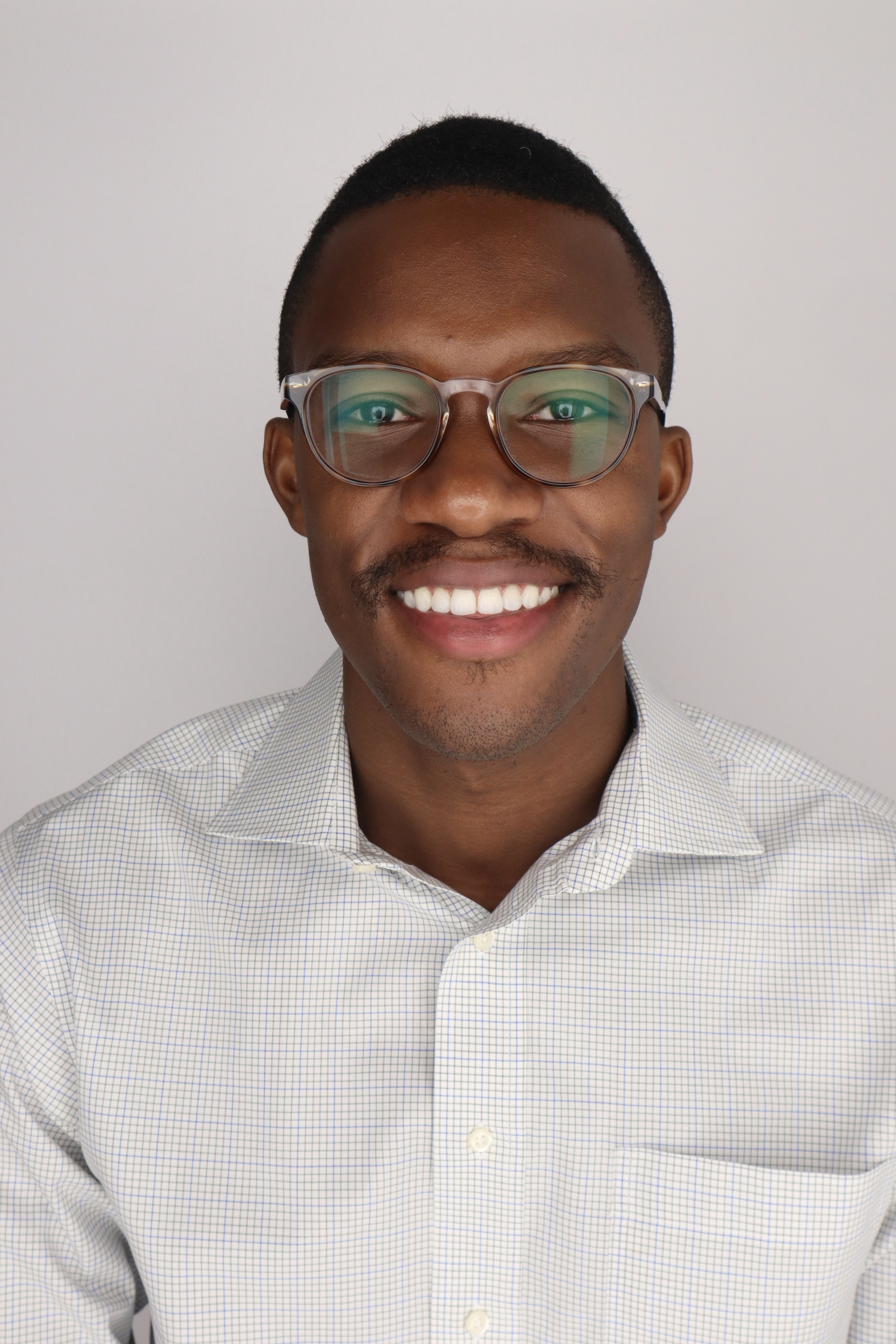 Reginal Murphy is a Management Consultant at Deloitte where he is a core member of the Diversity Equity & Inclusion practice. He graduated from the University of Pennsylvania in 2019 with a Bachelor’s degree in Political Science. While at Penn Reggie was involved with Black Wharton Undergraduate Assembly, Interfraternity Council, Big Brothers Big Sisters and is a proud member of Friars Senior Honor Society. Since graduation Reggie has been an active member of the Power of Penn Campaign and the Penn Club of Chicago. 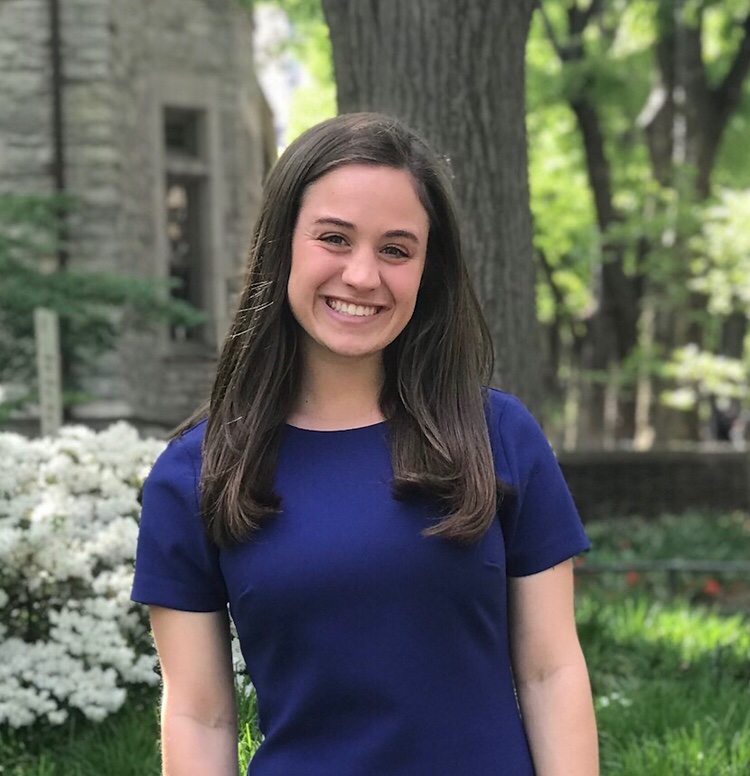 Shayna Roth is a law student at Northwestern University in Chicago, pursuing her interests in social policy and the implications of tax law on both business and non-profit operations. Prior to law school, she was a litigation paralegal at Paul, Weiss, Rifkind, Wharton & Garrison in New York City. Shayna earned her B.A. from the University of Pennsylvania in 2018, where she studied Urban Studies with a concentration in Sociology and Urban Education Policy through the Graduate School of Education. Her academic and work experiences with social welfare programs in Philadelphia shaped her senior thesis research on food insecurity in higher education and continuous anti-hunger advocacy. Shayna is also an enthusiastic alumni interviewer for the undergraduate admissions office. 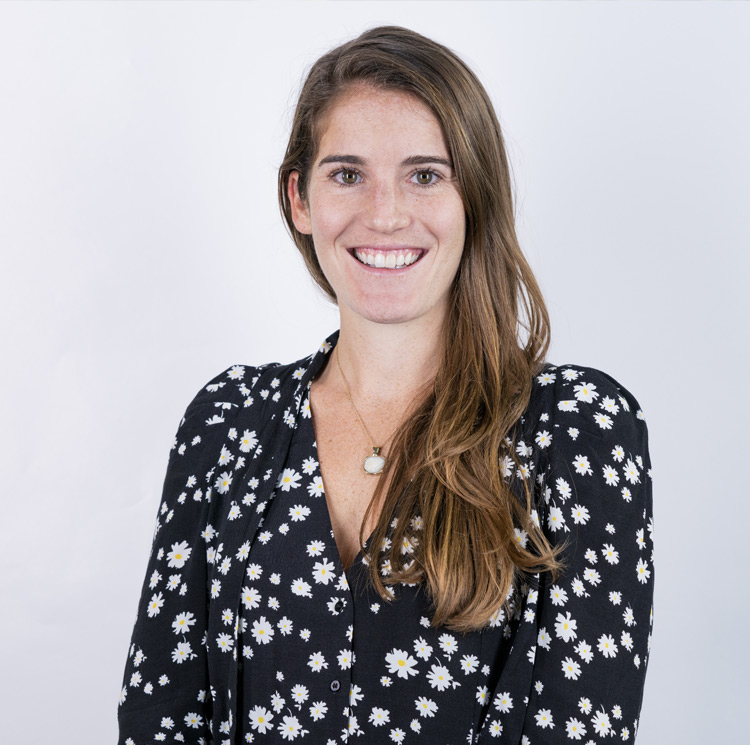 Jane Sands is a Senior Manager at Royal Caribbean where she focuses on corporate strategy and continuous improvement. Jane joined Royal Caribbean after receiving her MBA from The Wharton School. Prior to Wharton, Jane was a management consultant with Oliver Wyman and a Senior Analyst at JPMorgan Chase. Jane received her MBA from the Wharton School in 2019 with a concentration in Strategy and her BA in Government from Harvard University in 2013. She lives in Miami with her husband and newborn son.

Byron Sun is a Vice President at FPA where he focuses on analyzing investments across the capital structure primarily in the global public markets.  Prior to FPA, Byron was an analyst at Deccan Value Investors, a global long only investment partnership that he joined after graduating from The Wharton School.  Prior to Wharton, Byron worked in private equity and investment banking.  Byron received his MBA with a double concentration in Finance and Accounting from The Wharton School and his BA in Mathematics and Economics from Yale University. 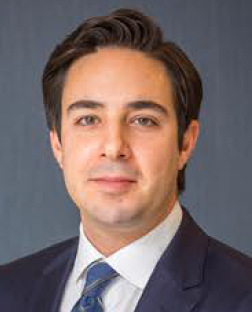 Nick grew up in the City of Philadelphia and maintains strong ties to the Penn alumni community. During his time at Penn, he served as Community Service and Affairs Chair for the IFC and hopes to bring that same community engagement focus to the Penn Libraries Young Alumni Board. Nick currently focuses on corporate development & strategy at GLIC. He received his M.B.A from Cornell SC Johnson, his M.S. in Healthcare Policy from Weill Cornell Medical and his B.A. from the University of Pennsylvania. 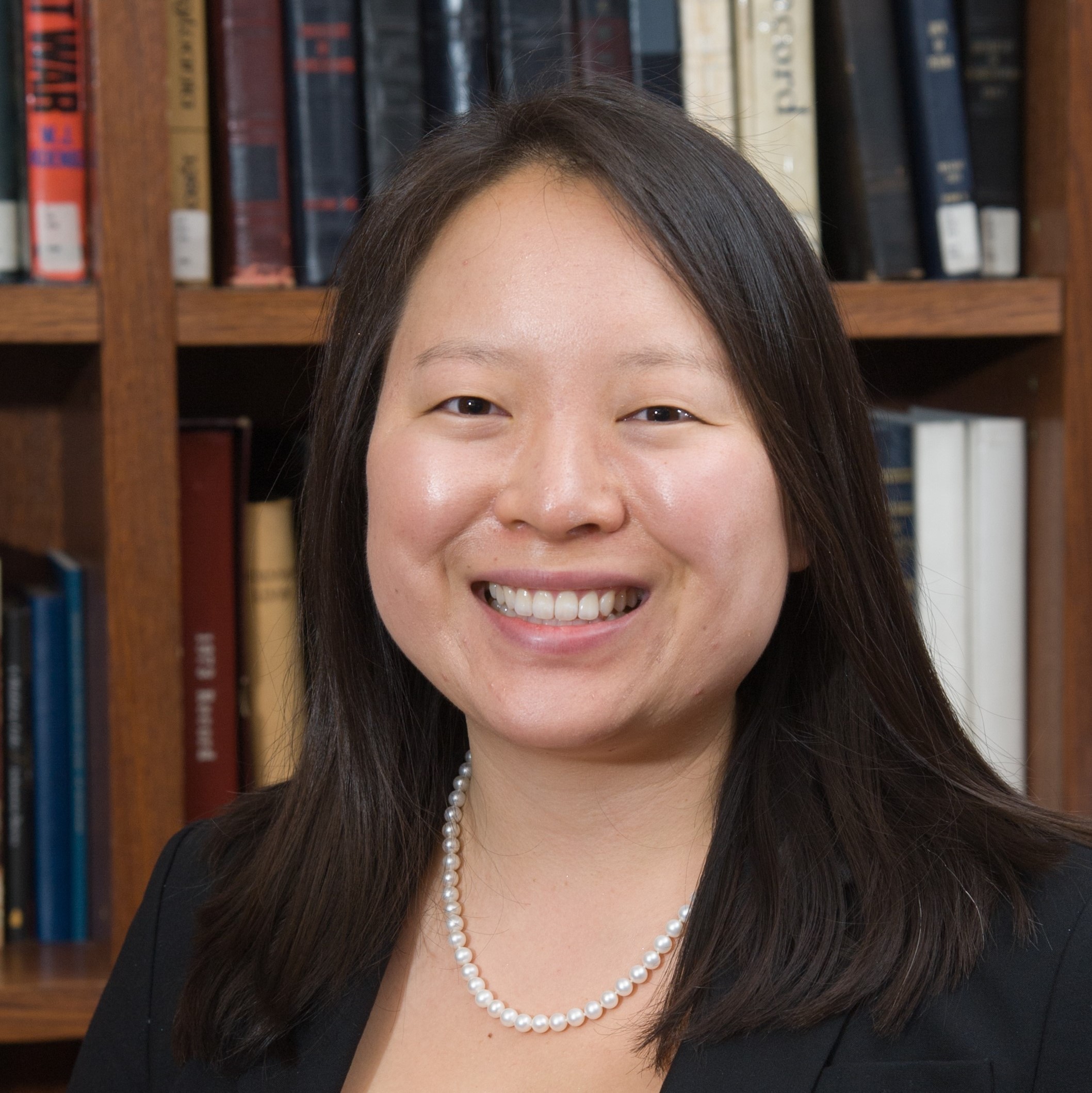 Stephanie Yee is Senior Manager of Biomarker Operations at Century Therapeutics. She previously served as President of the Penn Alumni Club of Philadelphia for four years. She is Co-President of the Penn Class of 2008 and Chair of her 5th and 10th Reunions. Stephanie also serves on the University of Pennsylvania Alumni Class Leadership Council, Board of the University of Pennsylvania Association of Alumnae, serves as an alumni interviewer in the Penn Alumni Interview Program, and is a member of The James Brister Society, a diverse group of University of Pennsylvania alumni volunteer leaders. While at Wharton, Stephanie co-founded WEMBA Women. Stephanie is a Penn Men's Basketball season ticket holder and is a member of multiple book clubs locally and internationally.