Middle Eastern studies have been part of the University of Pennsylvania curriculum for more than two hundred years. The Middle East studies collection of the library began at the beginning of the twentieth century when it was decided that the study of Arabic had a place in the University's already well established Semitic language cirriculum. From there the collection grew along with Arabic scholarship at Penn at a slow and steady pace. By 1907 Penn was offering a rich program, consisting of Arabic, Aramaic, Ethiopic, Hebrew, and Syriac, with Coptic and Egyptian added in 1910, and the Iranian languages and Turkish in 1915. The program of study was largely historical and philological and was centered in the Department of Oriental Studies which later became the Department of Asian and Middle Eastern Studies. The details of this history can be found in Cyrus H. Gordon's "The Pennsylvania Tradition of Semitics: A Century of Near Eastern and Biblical Studies at the University of Pennsylvania" (Atlanta: Scholars Press, 1986).

Parallel to these scholarly endeavors has been the Library’s collections and support. The first Arabic book acquired by the Library can be seen in the Founder’s Collection (215 O), a 1775 edition of the poems of ‘ Alî b. Abî Tâlib.

During the inauguration of the “New Library Building” on February 7, 1891, Mr. Horace Howard Furness spoke of the new library and its collections, remarking:

“In Arabic literature our Library is unquestionably the best to be found on this side of the Atlantic. We have all the important Occidental publications and many of the Oriental, a practically complete list of all Arabic grammars and dictionaries; a handsome edition of the Koran, and an especially rich collection of Arabic Poetry and Numismatics. Also an excellent collection of works on Semitic Epigraphy, including Phoenician, Palmyrene, Hebrew and Aramaic inscriptions.

“For this fine choice collection, we are all of us indebted to the devotion of Professor Dr. JASTROW, the learned son and learned father, and whose name, although so young in years, is old enough in fame to be known in two hemispheres.”*

Penn's libraries began large-scale collection activities from the Middle East in the years following World War II thanks to US government-sponsored programs such as the Farmington Plan and PL-480 program. With the establishment of the Middle East Center in 1965, the Library diversified its holdings to reflect the broad interests of students and faculty in Middle East and related studies including sociology, economics, law and popular culture. In 1970, the Library appointed its first Middle East bibliographer, J. Dennis Hyde, who set the solid foundations for the ongoing collection Arabic, Persian and Turkish materials. The collection has maintained its reputation as one of the most important of its kind in North America.

In January of 1986, in response to the need for specialized handling and processing of its acquisitions, the Middle East Technical Services Unit was created. In 1994, the Unit was one of the early institutions following Library of Congress to begin cataloging its holdings using Arabic script. The results of these endeavors can now be seen today with the upgrade of the Franklin library catalog which allows users to search in Arabic.

Collaborating nationally and internationaly has always been a part of the Middle East Collection's aim. Dr. Hyde was one of the founding members of the Middle East Librarians Association (MELA).Past and present Middle East bibliographers at Penn have traveled overseas to the region to collect library materials, and have fostered ties with institutions to exchange publications and promote international librarianship

Further details of the collection’s history and development can be found in the Collection Development Policy.

*SOURCE: Proceedings at the Opening of the Library of the University of Pennsylvania. (Philadelphia: University Press, 1891): 11-12.

The Middle East Collection is housed in various locations of the University of Pennsylvania Libraries, depending on the type of material and its content. Below is a general orientation:

The Van Pelt Library houses the main contents of the Middle East Collection. The collection is integrated into the main stacks, which is in turn, arranged by Library of Congress Classification system. Floor-by-floor, the layout is as follows:

Located on the 6th floor of Van Pelt Library, the Annenberg Rare Book and Manuscript Library houses a number of important rare books and manuscripts in Arabic and Ottoman Turkish. Further details can be found by clicking here.

Within the Museum Library, patrons can find the holdings dealing with archaeology and anthropology of the ancient Middle East, and related topics. Official publications of Middle East-based institutions concerned with archaeological conservation and excavations can also be found here.

Library at the Katz Center for Advanced Judaic Studies

CAJS houses a small collection of reference works and monograph titles related to Arabic and Islamic studies, in addition to a collection of over 80 manuscript codices in Arabic and other languages of the Middle East.

The Middle East collection comprises approximately 70,500 catalogued volumes in Arabic, 12,000 volumes in Persian, 9000 volumes in Turkish, 400 volumes in Ottoman Turkish, 1,400 volumes in Armenian, and about a hundred volumes altogether in Azeri, Amazigh, Kazakh, Kurdish, Tajik, Uighur, and Uzbek. The Western-language component cannot be isolated and counted. The collection is particularly strong in works of Islamic doctrine and law, mysticism, medieval history, and Arabic literature. Most of the collection, including materials on Islamic and Arabic civil law, is housed in Van Pelt; most Western-language materials on art and architecture are in the Fisher Fine Arts Library; materials on anthropology are in the Museum Library.

The Middle East Seminar room on the fifth floor of Van Pelt houses a collection of reference materials and basic sources in both Western and Middle Eastern languages.

The collection has been built up largely since 1965, but Penn's long commitment to Arabic and Islamic studies is represented by a large number of rare nineteenth- and early twentieth-century works by noted European Orientalists and by the presence of numerous texts in Arabic, Persian and Ottoman Turkish printed during the same period. The Special Collections Department houses 26 Arabic manuscripts and one Persian manuscript.

The strength of the collection lies in Islamic scriptures including commentaries on the Koran and prophetic traditions, Islamic law, the medieval and modern history of the Arab world and Iran, and the classical and modern literatures of the Arabic-speaking world (with an emphasis on Egypt and the eastern Arab countries), Iran, and to a lesser degree, Turkey. Holdings on Islamic Central Asia are modest. Since the early 1990s holdings on contemporary political, anthropological and sociological aspects of the Middle East have increased steadily.

The Library's Arabic collection is the largest part of the Middle East Studies Collection. With the establishment of the first Arabic professorship in 1782, the collection has grown to more than 70,000 catalogued volumes. From primary reference resources to smaller, obscure publications with scholarly value, the collection has strong holdings in Arabic language and literature, Islamic law, medieval and modern history, in addition to socio-economic studies reflecting the intellectual output of the Arab world.

While the majority of Arabic book publishing today takes place in cities like Cairo and Beirut, the library collects Arabic books from all over, including North Africa, Saudi Arabia and the Gulf states, Syria, Jordan, Sudan, India, Pakistan and Iran. Publications from Europe and the United States are also acquired selectively.

The Persian Collection of the Middle East Collection at Penn comprises approximately 7,000 monographs and serial titles with particular emphasis on language, literature, and history & political science. The majority of the collection is housed in the Van Pelt Library.

Of particular interest is the numerous works on the famous Sufi poet, Mawlana Jalal al-Din Rumi, and his Masnavi. The library holds many editions of the original and its commentaries.

A good working collection of Persian materials is available on all aspects of Iranian history, culture and civilization. In 2005 the library began collecting newly-available Persian-language materials published in Afghanistan.

Rare serials titles, such as the newspaper Habl al-Matin, Kavah and others, can be found in the collection.

The rise of the Ottoman Empire produced a body of literature that spanned all areas of life, from administrative and diplomatic correspondence to art, culture and religion. Modern Turkey advanced even further in documenting and publishing its past and present history, archaeology and general culture, offering researchers a wealth of materials to choose from.

The Turkish aspect of the Middle East Collection is very well represented in Penn Libraries. Nearly 1,000 titles in the collection alone are in Ottoman Turkish, along with many rare serial titles, salnames, and works on history, biography and poetry. Modern Turkey, including works on the modern republic, language and literature, are well represented with over 8 thousand titles. Important general reference works on Turkish and Turkic history and culture such as Genel Turk tarihi, Turkler, Turkiye Diyanet Vakfi Islam ansiklopedisi and Osmanli ansiklopedisi.

Requests for additions to enhance and expand this area of the collection are always welcome, please contact the Middle East Bibliographer for suggestions.

With the greater availability of video and DVD titles from the Middle East, the Library has begun to collect a number of core titles to represent the history and development of cinema in the region.

Iranian cinema is probably the best-known of its kind among the international cinema competition circuit; the Library has been actively acquiring works of directors such as Abbas Kiarostami, Muhsin Makhmalbaf, and others.

The Arabic film, particularly Egyptian films, are starting to find their way into the collection and into the hands of users, especially those adaptations important Arabic literary works such as Taha Husayn’s Du‘a’ al-karawan.

Documentaries also abound, dealing with a wide range of socio-political issues in the Middle East, such as the story of a Algerian female taxi driver in Une femme taxi à Sidi Bel-Abbès; the history of the Taliban in Afghanistan in State of the Talib, and the last interview with Lebanese President Rafiq al-Hariri.

In addition to the Library, the Penn’s Middle East Center holds a number of documentary films in its Audio-Visual Lending Library.

Manuscripts of the Muslim World Collection on OPenn

Manuscripts from throughout the University of Pennsylvania in Arabic, Turkish, Persian, and Tamazight.

Library at the Katz Center for Advanced Judaic Studies Library

The Center for Advanced Judaic Studies Library hosts a number of important manuscripts of interest to researchers and scholars of Arabic and other languages.

A handlist exists for the inventory of these manuscripts; please consult the Judaica Curator (Arthur Kiron) for further details. 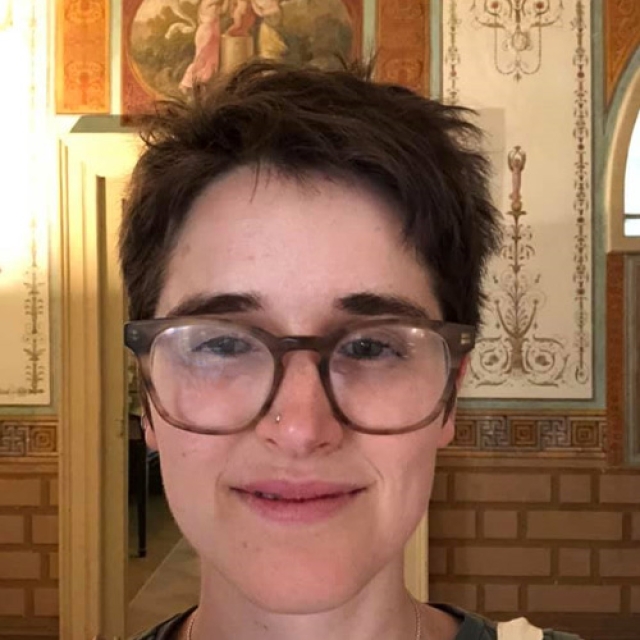 (See also the general Penn research guide available that gives a wide variety of resources for finding such information.)

For purchase requests, emailing Heather is always the most efficient option, or go to this page, where you can enter bibliographic information, especially for books that are not directly Middle East-related.

Arabic-script fields are created for the following searchable entities:

Library of Congress Subject Headings are not translated into non-Roman scripts, although personal or corporate names used as subjects may sometimes be retrievable. For comprehensive results, it may be necessary to perform the search twice; once in the non-Roman script, and the second in transliteration.

Arabic script cataloging exists for materials in the following languages

Books in other Arabic-script languages, e.g. Kurdish, Pushto and Turkic languages written are best searched in transliterated format. Scripts will continue to be added to these records as time and capacity develop.

Tips for Searching in Arabic

There is no list of Middle East sound recordings held in the Penn libraries, nor is there a search that will capture all sound recordings that relate to the Middle East. Nonetheless, one can compile a useful list with a number of different search strategies.

One option is to do a keyword search in Franklin

Use the term "sound recording" and combine it with the name of a country of region. Alternatively, use the word music with a place name (e.g., music AND Turkey).

Here are some examples of keyword searches:

Another option for searching Franklin is to set search limits before performing a keyword search for "sound recording."