The Robert and Molly Freedman Jewish Sound Archive is among the most important resources in the world for the study of Jewish culture, folklore, history, linguistics, and literature through the medium of sound. Together, Robert and Molly built the collection as a labor of love over the course of more than six decades and in 1998 donated it to the Penn Libraries. The couple continued to develop the collection and to serve as ambassadors of its contents. We at Penn Libraries are grateful to the Freedmans for their vision, expertise, and philanthropy and extend our sincere condolences to Robert and the entire Freedman family.

Robert and Molly Freedman's 35-year dedication to the study of Yiddish music has resulted in what is largely regarded as the world's premier private collection of this genre. The University of Pennsylvania Library is the beneficiary of their years of commitment to collection and cataloging, having recently acquired the Freedmans' archive of more than 3,000 Yiddish folk and art songs, theater music, comedy, and klezmer music in songbooks, reference works and sound recordings.

In what scholars consider an incomparable resource, the Freedmans have created and maintained a database of more than 25,000 entries which exhaustively index the bulk of the collection. The database, in English and Yiddish, is capable of referencing artists, titles, literary and Biblical references, poems and other catagories of particular interest.

According to Dr. Kathryn Hellerstein, who heads Penn's Yiddish program, the database makes this a singularly valuable resource: "Thanks to the archive's ingenious index, it is possible to compare various settings and renditions of familiar songs as well as to discover unknown settings of Yiddish literature to music. Popular or highbrow, famous or obscure, the music in this collection is a key to Jewish life in Europe and America in the twentieth century."

The collection, known as the Robert and Molly Freedman Jewish Music Archive, is housed in the Library's Rare Book and Manuscript Library.

Robert, an alumnus of the Penn Law School ('54), and Molly Freedman are natives of the Philadelphia area who, in 1959, began collecting the music and artifacts that would become the world's leading private collection of Yiddish music. Their efforts began at a time in which Yiddish as a living language and culture seemed to be ebbing, in comparison with contemporary developments. The current surge of interest and creative activity in Yiddish language, literature and music has been generated--internationally and in the United States--by an unlikely combination of youthful academics and performing artists for whom the Freedmans and their collection have been resources.

The Freedmans' dedication to the collection and preservation of American and European Yiddish music in the twentieth century has taken them around the world in search of rare 78s, LPs, cassettes and disks of recorded sound. Although preserving Yiddish culture has been an aspect of their project, more important for the Freedmans has been the sheer enjoyment they take in listening to Yiddish music and sharing it with others.

"Molly and I associate the music with happy childhood memories, festive occasions, and family. I have memories of my parents and their friends singing together in a tiny, crowded living room in our home," Bob recalled. Molly remembers with fondness her mother singing Yiddish and Russian songs while doing household chores, and her father often playing recordings of Yiddish concerts and art songs.

For three decades, the Freedmans' suburban home, and later, their apartment on Philadelphia's Rittenhouse Square, had served as an informal research center for scholars visiting the archive from around the country and around the world. Penn faculty had held classes there, as well. Now, with the collection housed at the Kislak Center of the University of Pennsylvania Libraries, the archive is still close to the Freedmans, where they continue to provide the same distinguished reference service they offered from their home.

We gratefully acknowledge the generosity of the artists and other copyright holders in granting the Freedmans permission to reproduce the materials in this section. Special thanks are due to Joseph and Eleanor Mlotek and the Workmen's Circle for permission to use texts, translations, and music from their three collections of Yiddish songs: Mir Trogn a Gezang! (The New Book of Yiddish Songs), 1972; Pearls of Yiddish Song, 1988; and Songs of Generations: New Pearls of Yiddish Song, [no date]. Further reproduction of any of this material requires the consent of the copyright holders.

The Yiddish language has a thousand-year history. However, the Yiddish song is relatively young, developing roughly from the eighteenth century through the first five decades of the twentieth century. It encompasses lullabies and children's songs, love and marriage, humor and satire, dance songs and khasidic melodies, songs of migration, and songs of literary origin, from the concert and art song stage, as well as songs of World War II, written and sung in the camps and ghettos. As aptly put by Alan Lomax, the cultural anthropologist and folk song collector, "As a people live, so do they sing."

Joel Colman, in his master's thesis for a Sacred Music Degree from the Hebrew Union College/Jewish Institute of Religion, on characterizing the purposes of the language, wrote:

The Yiddish language served many different purposes. On the simplest level, it was used by Jews as a means of communication, whether to speak to each other or for "just getting around" heavily Jewishly-populated areas. Yiddish also was a way for Jews to identify as Jews, both personally and intellectually - almost like a badge of honor. For new immigrants with few material possessions, but a strong sense of ethnicity, speaking Yiddish reinforced that identity and even, for some their self-esteem. Once established in America, continuing to speak Yiddish was a sign of taking pride in one's ancestry and in the Jewish community, both past and present. Additionally, the Yiddish language was a tool of unity for those American Jews who shared similar social problems.

Ruth Rubin, Yiddish folk songs collector and author of Voices of a People (McGraw-Hill Book Company, 1973) observed that the Yiddish folk song ". . .is the youngest offspring of Yiddish folk music and one of the richest stores of popular music in modern times. . . it reflects vividly the life of a community of many millions over a period of many generations... These are the songs which served the needs, moods, creative impulses and purposes of a particular environment at particular periods in the history of the largest Jewish community of modern times."

But by the time Bob and Molly Freedman began to collect Yiddish music in the late 1950s, the violent destruction of vast numbers of carriers of Yiddish culture, coupled with the assimilatory process, weakened and sapped the vitality of Yiddish creative forces, and there were relatively few contemporary Yiddish recordings at that time. However, Yiddish, and particularly the music associated with it, has experienced a resurgence.

Maurice Samuel, in his 1971 book, In Praise of Yiddish (Cowles Book Company, Inc., New York), wrote that "a generation ago it was fashionable among modernized Jews to pretend not to understand Yiddish; today it is the fashion to make unfounded claims to a knowledge of it." Yiddish and the music associated with it now seems to have captured the interest of a younger generation, and countless numbers of CDs have and are being produced and issued by contemporary artists and performers on several continents. It is a phenomenon that delights the Freedmans and gives added significance to their precious gift to the University of Pennsylvania. 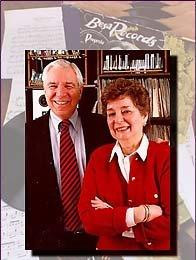