As Vice Provost and Director of Libraries, Constantinou represents Penn's interest in the national and regional library consortia that enhance scholarly access to information and advocate for libraries in public and government arenas. These consortia include the Research Libraries Group, the Coalition for Networked Information, the Association of Research Libraries (ARL), the American Library Association, and the Digital Library Federation (DLF).

Before coming to Penn, Constantinou was Dean of University Libraries and SUNY Distinguished Librarian at SUNY-Stony Brook for five years, and was the Director of the Luce Library at SUNY-Maritime College for twelve years before that. She created an ambitious strategic plan for the Stony Brook Libraries, redefining the libraries as a hub of collaboration in scholarly and digital initiatives and working with students, faculty, researchers, and staff across the university, especially in developing the digital humanities, open access, and a Center for Scholarly Communication.

Constantinou began her career at NYU’s Bobst Library and has brought her focus on digital and multimedia technology to leadership positions at the City University of New York, at Rutgers University Libraries, and as Director of the Arrigoni Technology Library at Iona College. Twice named a Fulbright Scholar, she is a highly active member of the global university library community, publishing articles and reviews, delivering conference presentations around the world, and serving in leadership positions of the Association of Research Libraries, OCLC, and International Federation of Library Associations, among others. In addition, she is an accomplished classical guitarist, who studied at the Royal School of Music in London before earning a BA in Music and an MA in Music Theory from Queens College of the City University of New York, where she also earned her Masters of Library Science. 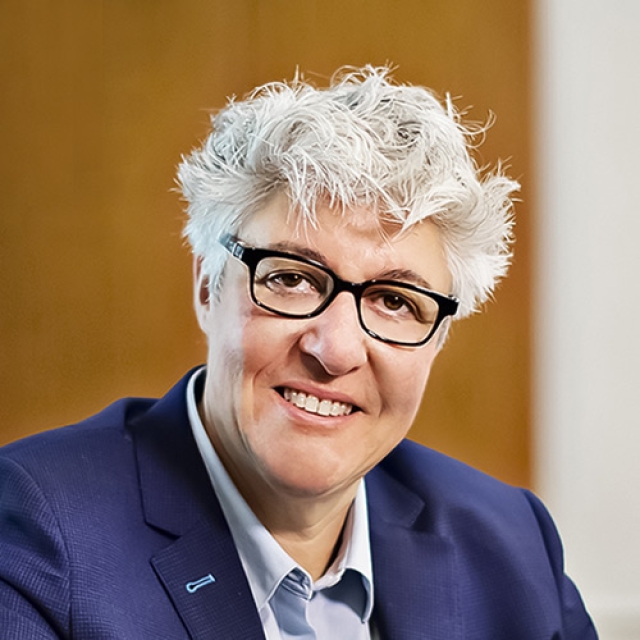